Justin Bieber needs a break, says Billy Ray Cyrus — and Cyrus is just the one to make it happen. 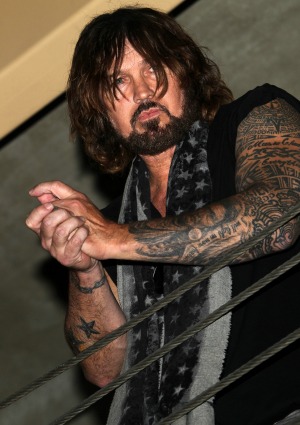 Despite her controversial stage antics, Miley Cyrus is one former child star who seems to have kept it all together so far. So naturally, her father, Billy Ray Cyrus, thinks he’s a parenting expert. The “Achy Breaky Heart” singer says he knows exactly how to fix Justin Bieber: with a teepee and a campfire.

“A lot of people do ask me for parenting advice,” he told Access Hollywood at the Grammys. “I would say, first of all, hey, I’m sure he’s got lots of people talking to him right now. I would just invite him to come down and chill out with me, maybe in Tennessee,” Cyrus said.

Should Justin Bieber be deported? >>

“Let’s go up to the teepee, build a fire, step away and just, you know, maybe take a break for a little bit, just think about what’s important. Get back to life… Build a fire, count the deer and the hawks and relax a little bit.”

“He’s got a long life ahead of him, and I’d like to see him just kind of maybe, enjoy a little bit of what he’s got and focus back on the music,” Cyrus added. “He’s a great artist.”

Bieber’s current woes include a felony investigation for egging a neighbor’s house in California, charges of DUI and resisting arrest in Miami Beach and assault charges in Toronto.

In October, Miley talked to Rolling Stone about her old pal Bieber.

“He’s trying really hard,” she said. “People don’t take him seriously, but he really can play the drums, he really can play guitar, he really can sing. I just don’t want to see him f*** that up, to where people think he’s Vanilla Ice. I tell him that. Like, ‘You don’t want to become a joke. When you go out, don’t start s***. Don’t come in shirtless.’ But the thing is, I think boys are, like, seven years behind. So in his head, he’s really, like, 12.”

Bieber is expected in court on Valentine’s Day to answer the DUI charges.