Who makes Tori Kelly starstruck? Justin Timberlake and Pharrell do, but it was a moment with Ed Sheeran that truly changed her life. 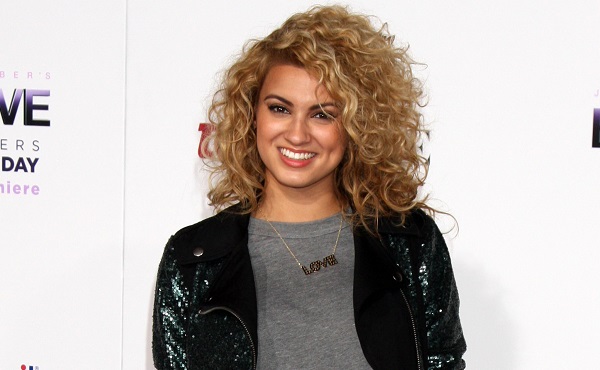 At the recent MTV Artists to Watch concert in LA, SheKnows chatted with YouTube sensation and singer-songwriter Tori Kelly. We’re sure she’ll go far in 2014, especially with the support of artists like Ed Sheeran and Pharrell. We asked her about working with those talented guys and whether she ever got starstruck. Tori Kelly opened up about meeting and working with some of the biggest names in music.

Tori Kelly has had a fairly schizophrenic rise to fame. From the kid talent show Star Search to American Idol, she made it onto people’s televisions but never made it big there. Still, her talent has always been noticeable and has gotten her far. From landing a recording contract before she was even a teen to being picked up for an assortment of special projects, there has always been someone wanting a piece of Tori Kelly. In recent years, though, it’s been Tori Kelly taking pieces from other people to help her along her way to being an international superstar. One of her biggest moments thus far? Opening up for Ed Sheeran at Madison Square Garden.

“[It was] like a huge deal for me and a dream of mine to even be on that stage,” Tori Kelly told us. “So when that happened — I’d say after that happened, actually, I was just really inspired in life. I was like, ‘This is so awesome! I can’t wait to get back into the studio.’ And then I think it gave me fuel to get back in and begin writing again and producing again. And I just kinda had this fire.”

SheKnows talks to Tori Kelly on the red carpet >>

Sheeran isn’t the only musical icon who has seen Tori Kelly’s talent and gotten involved with her rise to the top. Tori Kelly also recently spent time in the studio with Pharrell and promised new music was on the way.

“I worked with Pharrell a while back, and he was so fun to work with,” Tori Kelly said. “And super chill and really good vibes all around. And we did a song together, and I even recorded some vocals on his stuff, on the album he’s putting out. So hopefully, [fans will] get to hear those songs soon.”

She says that in addition to being an über-talented producer, Pharrell is a great guy to work with and be around.

“He is really fun,” she told us. “For one, everyone knows he doesn’t age. I wanna say he’s at least 40. I think he just turned 40, maybe. I was like, ‘You’re like my age right now.’ It was really trippy. But he’s just really fun in the studio. He’s just really easy to talk to and vibe together and throw ideas out [with]. It was a really easy process to work with him.”

Want more music news, reviews and interviews? Our newsletter will keep you covered >>

Pharrell may be a ball to work with, but Tori Kelly admitted she was slightly starstruck by him the first time she met him, as she’s been a fan of his since she was younger. There was one other person who left our girl completely starstruck, too.

She’s slowly learning to deal with her new fame as being just part of the job description of being a talented and well-loved performer. Hopefully, she’ll never lose the sincerity and gratefulness that seems to exude from her when talking about the people who have helped her get where she is today. We can’t wait to see what 2014 brings for Tori Kelly!