Justin Bieber could sure use some advice right now, and he has received some from someone who has been through it all, Barry Gibb. 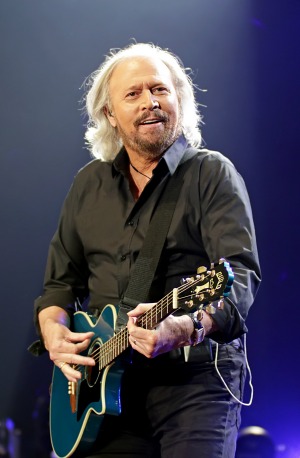 It’s possible millions of Beliebers have never even heard of the Bee Gees, but one of the band’s founding members is giving their leader, Justin Bieber, some important words of advice.

Barry Gibb has been in the spotlight for decades and knows a lot about handling life as one of the rich and famous.

“Things don’t really change much, do they?” Gibb told Matt Lauer on the Today Show. “If you’re a teenage idol and all the young girls love you, you can lose that pretty quick.”

He wanted to let Bieber know that, while things right now may seem fun, he is at risk of ruining his future, and maybe even losing his fans.

“You can lose perspective, but you can also lose them in the long run if you’re not a role model,” Gibb added. “Hopefully, what he does on stage and the way he dances and the way he sings, he will apply that to his real life. There’s a discipline in what he’s doing. Apply that discipline to how you want to behave.”

Bieber was arrested for allegedly driving drunk and drag racing just days after his house was raided by deputies in a separate incident.

Gibb started the Bee Gees along with brothers Maurice and Robin, but he is the only one left. The band became one of the faces of disco, partially due to the soundtrack for Saturday Night Fever. Gibb plans to bring some of his Bee Gees hits to new generations on a new tour. He explained that both he and his brothers never really felt like they were successful.

“I’ve always thought that the odds were always against us,” he said. “Maybe because we were brothers and we were kids on Australian television, so maybe some people thought we were precocious, but we were just kids. And when we came to England, they told us, ‘Don’t bother to leave Australia. You’ll never make it.'”