Brandi Glanville portrays the image of the rich and famous, but she said a lot of her marriage to Eddie Cibrian was always just for looks. 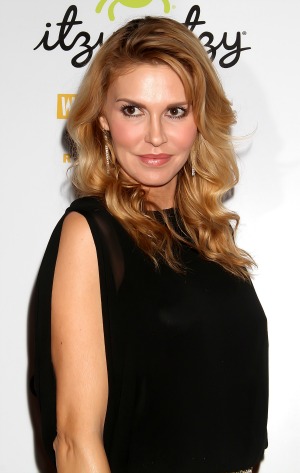 Brandi Glanville and Eddie Cibrian are now divorced and living the Hollywood lifestyle. But before all of this, the couple was struggling to make ends meet. But Glanville explains you wouldn’t have known it by looking at them.

“We lived in Los Angeles, surrounded by some of the wealthiest people in the world, but Eddie and I were never truly rich,” Glanville told the Times of London (via the Huffington Post). “We were ghetto rich. We had the nice cars, the nice house and the nice jewels, but we probably had a second and a third mortgage. We were living paycheck to paycheck, with no savings.”

Glanville said Cibrian was the one who managed the finances, and her job was to look “great on his arm.” But the money was all an act, and when Cibrian left, she was left with nothing.

“I was a 36-year-old woman who couldn’t lease a car and couldn’t lease a house. For 13 years, my name wasn’t on one account. I am still building my credit,” she told the New York Post back in 2012. “We were living way above our means in a 10,000 square-foot house. There wasn’t a lot to get, honestly.”

Cibrian famously left Glanville for singer LeAnn Rimes, a divorce that many have blamed on Rimes since it happened. Glanville is now on Real Housewives of Beverly Hills, but only because she didn’t have many other options.

Once a cheater, always a cheater? Dean McDermott & more >>

“Am I getting notoriety for being an a**hole on TV? Yes,” she confessed. “But guess what? I’ve saved X amount of dollars in the bank and will be fine without a man taking care of me. I thought to myself, ‘What have I got to lose? A husband? No. A house? No. Riches? No.'”