Christie Brinkley was always considered one of the most beautiful women, and not a whole lot has changed. At 60, she is still as gorgeous as ever, and is not afraid to show it. 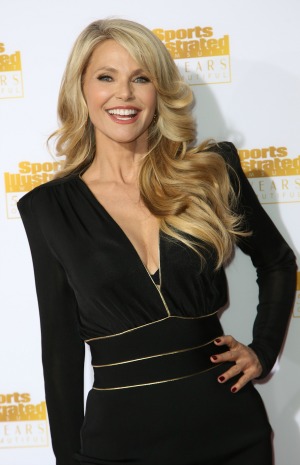 Christie Brinkley has spent much of her adult life in the public eye, but after four divorces, she found herself back out in the dating world.

Brinkley is almost 60, and said she has a hard time finding men her age to date, so she has ventured out into the world of younger men.

“It seems like during this period that most of the guys are like 38, 39, 42, like that sort of age group,” Brinkley told Entertainment Tonight. “It’s funny because I think that at that age they have nothing to prove. They’re very confident and do just what they want to do. [With] men my age I feel quite invisible to them.”

Brinkley’s birthday is coming up this Sunday, Feb. 2, and she is celebrating by appearing on the cover of People in a bathing suit — because she can.

“I’m actually excited about turning 60. I feel on top of my game,” Brinkley told People. “My kids would be so embarrassed! In private I may wear a bikini, but at the public beach with my kids I would change bathing suits because they do not want to be hanging out with some old broad in a bikini.”

But even though the supermodel is okay with her cougar status, she does have a limit on how young she will go.

But dating is not her main focus. The mother of three said her life is dedicated to her kids, and most her decisions revolve around that.

“Because I’m an older mom, I have a responsibility to my kids as well as myself,” she said. “I want to be there for them.”