Watch sneak peek videos from The Walking Dead Season 4 and read our predictions of what could happen when the show returns on Sunday, Feb. 9. 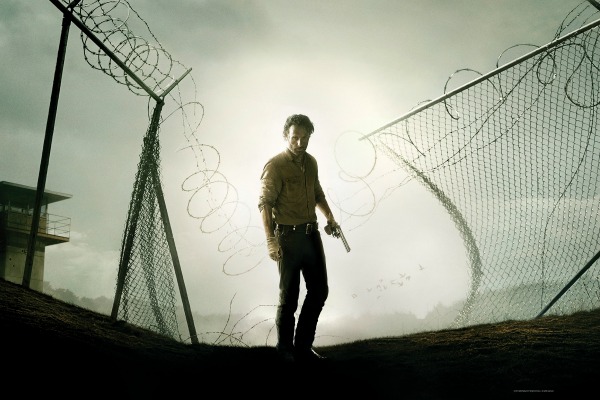 The Walking Dead Season 4 has been on hiatus for almost two months now and most fans are chomping at the bit for any information they can find about what will happen to the survivors when the show returns on Sunday, Feb. 9.

If you’re having a hard time biding your time waiting for the series to resume, don’t worry. We’ve got a list of ways you can keep yourself busy until the midseason premiere. From playing the board game to having your own marathon, there’s plenty to do to keep your mind occupied.

What now? The Walking Dead finale destroys everything >>

One thing you can do is watch each of the sneak peek videos that AMC has released on their website and see if they provide any clues as to what will happen when the show returns.

In the first video, some of the survivors seem to be on their last legs, either from injuries or exhaustion. Rick doesn’t look well at all and it’s his voice that says “We’ll never get things back to the way they used to be.” That could indicate that the survivors might be split up for a while.

Does a major star of The Walking Dead have a role in The Crow? >>

The next video features interviews with executive producers Robert Kirkman, Dave Alpert, Gale Anne Hurd, Greg Nicotero and Scott M. Gimple, as well as co-executive producer Denise Huth. You’ll also hear from members of the cast including Andrew Lincoln (Rick), Danai Gurira (Michonne) and more. Tidbits from the interviews reveal that some of the survivors are dealing with some serious issues after what happened at the prison. Some were forced to leave behind their friends and others are struggling to make sense of what they’ve seen. Some relationships have been cemented while others have been broken.

The next video shows glimpses from the aftermath of the Governor’s attack on the prison, including Rick and Carl striking out on their own. Nearly every other survivor is also seen battling walkers as the tag line “Don’t look back” flashes on the screen. Could this mean that everyone will be fending for themselves and not looking to form the type of community they had in the prison?

12 Must-watch TV moments of 2013: The Governor returns to The Walking Dead and more >>

The final video shows Carl bravely leading a few zombies away from a house and down the street. From this we can see that Carl definitely becomes the leader, at least while his father is seriously injured. But if Rick has become more aggressive and protective as a father, we have a feeling the two of them are going to butt heads about everything from where to seek refuge and when to travel.