It may just be a coincidence, but Taylor Swift went bowling with some friends and was seen chatting with the quarterback of Harry Styles’ favorite football team. 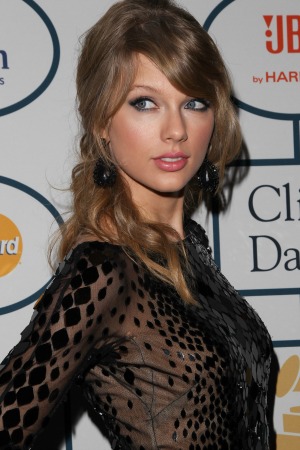 Taylor Swift just started another dating rumor. The singer was spotted out with Green Bay Packers quarterback Aaron Rodgers Monday night. And while it may be a harmless friendship, it’s quite the coincidence since Swift’s ex, Harry Styles, is a huge Packers fan.

Styles posts photos with Packers gear on a regular basis and even has a tattoo of the team’s famous “G.”

Swift and Rodgers were with a larger group of people, though, so there is probably not much chance they are dating. According to E! News, the two were out with friends at Lucky Strike for an after-party of the new Zac Efron film That Awkward Moment.

The singer was hanging out with Jessica Szohr, and the two seemed friendly all night, posing for photos.

“Taylor was really sweet and nice to everyone,” a source told E! “[Aaron Rodgers] and Taylor were chatting a bit together.”

The source added that “Aaron was a pretty good bowler.”

Swift and Styles have dated (at least) twice, and it didn’t end nice, either time. She even admitted her song “I Knew You Were Trouble” is about the One Direction singer.

Back in July, Styles spent a day with former Packers player Donald Driver, and both tweeted about the experience.

Rodgers is rumored to have a girlfriend, but he is a very private person and never discusses his private life in the media. Since Styles is such a big fan of Rodgers’ team, you can be sure he is going to hear about his idol and Swift hanging out.

Other stars showed up to the party Monday night, including the entire cast of That Awkward Moment, except Efron who was reportedly not feeling well.