Russell Brand may have broken Katy Perry’s heart, but he may be ready for marriage again. And this time, the British comedian appears to be more serious than ever. 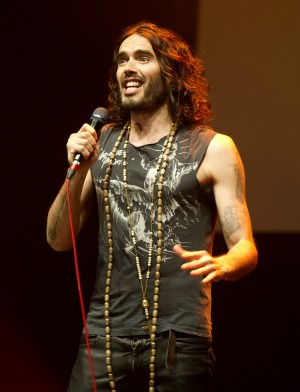 There was no happy ending for Katy Perry and Russell Brand. In fact, hearts were shattered when the couple decided to call it quits in 2011 after 14 months of marriage.

However, both the “Roar” hit-maker and her former beau appear to have moved on to better things, and although there has been engagement speculation about Perry and John Mayer for months now, Perry’s ex-husband may beat her to it.

If rumors are to be believed, the Get Him to the Greek star is getting very serious about his new girlfriend, Jemima Khan, and is planning to propose.

According to Metro, an insider allegedly revealed to Grazia magazine, “A proposal is definitely imminent. Russell’s been working with a friend of his, jeweler Johnathon Arndt, to create the perfect ring. He wants it to include Buddhist and Islamic symbols — an intertwining of their two faiths.”

If the insider is correct, then who knew Brand was such a complete romantic? It is believed that the British comedian plans to take his relationship to the next level at his lady’s 40th-birthday celebrations.

The insider added, “Russell is planning a trip to Asia for the two of them in the spring, when he intends to propose.”

Could it be a happy ever after for Brand this time around? It could well be. According to Metro, last week, the 38-year-old funnyman revealed to Jonathan Ross that his relationship with Khan is different, in a good way.

Brand said, “I really love her. I’m very, very happy in a relationship that feels very different from anything I’ve experienced before.”