Amanda Knox has been found guilty of the murder of Meredith Kercher at her third trial. What happens now? 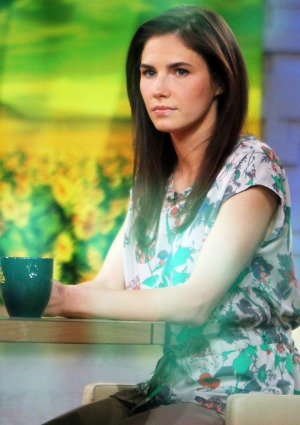 American student Amanda Knox has been found guilty of the murder of fellow student Meredith Kercher at her third trial for the crime.

Knox and her then-boyfriend Raffaele Sollecito were originally convicted of the 2007 killing in 2009. Their convictions were overturned in 2011, freeing Knox to return to her family in Washington state. Italy’s highest court struck down the appellate ruling and ordered a retrial in March 2013, stating that certain evidence was ignored and questions left unanswered.

Knox is unlikely to return to Italy and face any prison time. A legal expert told CNN that extradition is unlikely because of U.S. laws stating a person cannot be judged twice on the same charge, and Knox certainly isn’t going of her own accord.

“I will become… a fugitive,” she told Italian daily La Repubblica earlier this month.

Her lawyer told Diane Sawyer last April, “There is a treaty about cooperation on extradition between America and Italy with the possibility to extradite a citizen, but an American citizen would be subject to authorization from the [U.S.] government.”

Kercher was found semi-nude in a pool of blood in the cottage she shared with Knox in Perugia, Italy, in 2007. Drug dealer Rudy Guede was convicted of raping and stabbing the young woman and sentenced to just 16 years, but a court ruled he did not act alone.

Knox confessed to police during a long interrogation session but later declared it was a false confession given under duress after she was struck on the head by an officer. Since then she has steadfastly maintained her innocence.

“I can only describe it as breaking down. I didn’t know what I remember anymore,” she told Diane Sawyer. “I was wracking my brain for an answer to what happened. I was demolished in that interrogation.

“For all intents and purposes, I was a murderer, whether I was or not. And I had to live with the idea that would be my life. I would be one of those people who suffered an incredible, mind-boggling injustice,” Knox said.

“I felt assassinated, as if I were being sealed in a tomb. And the tomb was my life, it wasn’t prison.”