It’s been a hot political week for Scarlett Johansson, who gave up her role with Oxfam to keep her spokes-gig with SodaStream. 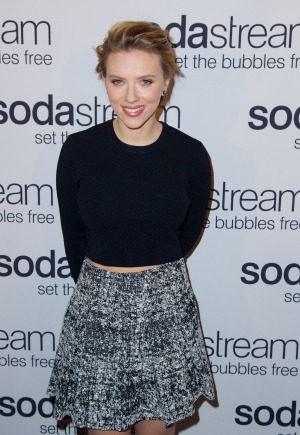 Scarlett Johansson and Oxfam are done with each other as of Wednesday. The ongoing feud between the actress and the global charity she was an ambassador for caused them to part ways over her endorsement of SodaStream.

She will be appearing in a Super Bowl ad for the company even though they operate a West Bank settlement in Israel. The actress became a casualty of the politics of the Middle East while trying to represent a charity that works hard to improve human rights around the world.

The 29-year-old star’s rep released a statement on Wednesday stating, “Scarlett Johansson has respectfully decided to end her ambassador role with Oxfam after eight years. She and Oxfam have a fundamental difference of opinion in regards [sic] to the boycott, divestment and sanctions movement. She is very proud of her accomplishments and fundraising efforts during her tenure with Oxfam.”

In turn, Oxfam sent out their own statement. They said, “While Oxfam respects the independence of our ambassadors, Ms. Johansson’s role promoting the company SodaStream is incompatible with her role as an Oxfam global ambassador. Oxfam believes that businesses, such as SodaStream, that operate in settlements further the ongoing poverty and denial of rights of the Palestinian communities that we work to support. Oxfam is opposed to all trade from Israeli settlements, which are illegal under international law.”

Johansson’s work with Oxfam began in 2005. She took on the global ambassador role in 2007 and traveled to countries like Sri Lanka, Kenya and India to bring attention to the poverty that exists in those areas.

The SodaStream controversy has brought a lot of attention to the brand with the censored Super Bowl ad and the political issues. An edited version of her spot will air during Sunday’s telecast.