Justin Bieber pleads not guilty to DUI charges although toxicology reports show he was high on weed and Xanax during his arrest. 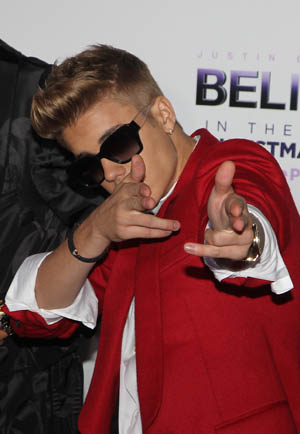 According to the toxicology report, Justin Bieber had prescription medication and pot in his system during his DUI arrest in Miami Beach, Florida, last week, although the singer pleaded not guilty to the charges.

The report, which has now been obtained by several media sources, showed that the Biebs tested positive for marijuana and Alprazolam, the main ingredient in Xanax. However, the 19-year-old pleaded not guilty to the DUI charges despite these reports and his own admission to having taken the drugs.

When he was pulled over, Bieber actually told police that he had been smoking weed “all night at the studio” with his pals, TMZ reported. He also admitted to having taken anxiety medication, saying that his “mom takes care of all that stuff for me.” No word on whether Bieber actually has anxiety and/or depression, or if his mom just gives him the meds, but taking them with alcohol and other drugs could have adverse reactions.

When authorities conducted a field sobriety test, the Canadian pop star failed “miserably,” TMZ added. Police said Bieber was off balance, swaying all over the place and had a hard time bringing finger to nose with his eyes closed. While he hardly had any alcohol in his system, the other substances he was on seemingly compromised his ability to drive or even walk properly.

With confirmation that drugs were indeed in his system during his arrest, it’s unclear why Bieber would plead not guilty to his DUI charges. However, the “Boyfriend” singer’s attorney reportedly filed his not guilty plea via a written statement. Bieber’s arraignment is scheduled for Feb. 14, but he is not required to appear in person since the charges are misdemeanors.

Meanwhile, the teen pop idol is also facing assault charges in Toronto after he was involved in a limo driver’s attack back in late December. Plus, Bieber is dealing with a possible felony charge in Calabasas, California, after he allegedly egged his neighbor’s home.