On the latest episode of Teen Wolf, five characters were “marked,” making us wonder if they might be paving the way for the death that creator Jeff Davis teased fans should expect before the end of Season 3. Which character’s death would have the greatest impact on the series? 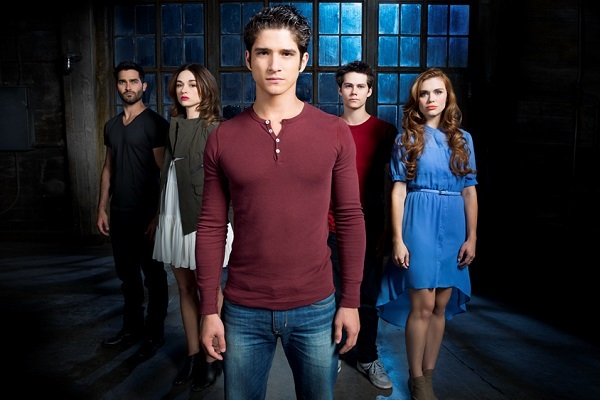 On the episode of MTV‘s hit Teen Wolf titled “Illuminated,” five characters were marked by smoky, caped beings wearing masks. Their markings were inverted numeral 5s (made behind their ears) and my first thought was that they might be marked for death.

Those who received the markings were Derek (Tyler Hoechlin), Lydia (Holland Roden), Isaac (Daniel Sharman) and the twins Ethan and Aiden (Charlie and Max Carver). The problem with assuming one of them might be dying is an interview creator Jeff Davis gave prior to the start of Season 3B.

HappyCool posted an interview with Davis on YouTube in which he teased, “Prepare to lose someone. We will be possibly changing our main title sequence, so not everyone is making it out of this season alive.” If the characters who received the mark are in line for death, and we cross-reference them with those in the title sequence, that means only Lydia and Derek are viable candidates. That’s far too easy for Teen Wolf.

Another illuminating discovery made during the episode was Stiles’ (Dylan O’Brien) realization that he had been the one who left the message on the chalkboard that led Barrow to go after Kira (Arden Cho). Stiles has no memory of doing that, so we’re left wondering if his mind is fully closed off from the darkness after all.

If it’s too easy to consider Derek and Lydia as the only heads on the chopping block, what if the five were marked to take down dark forces, one of which might be Stiles? Could the show sustain a blow as deep as the wound that would cut Scott (Tyler Posey) with the loss of his best friend Stiles? Could viewers withstand the pain of losing such a beloved character? He’s the only one with no supernatural ties whatsoever.

Teen Wolf Season 3B preview: Prepare to have your mind blown >>

We have to think about all of this as we wonder what the title credits might look like for Teen Wolf Season 4. Right now, the five characters shown in the photo above are the only ones currently featured. Whose death would hurt the most? Make your voice heard by voting in the poll, and then share your thoughts in the comments.