Ne-Yo is good at writing and singing smooth songs, and now he’s adding a new skill to his résumé: Creating liquor for the ladies. 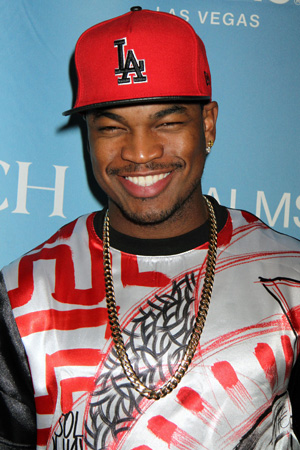 The singer — known for songs like “Let Me Love You” and “Miss Independent” — had quite the night out with Beyoncé’s husband, Diddy and an assorted cast of models and pals.

He made an exception the night he hung out with Jay Z and Diddy. “Shots are coming around. I’m slamming them down,” he recalls. “About four shots in, I start realizing that no one is taking the shots but me.”

These days, Ne-Yo is all about sipping on Malibu Red, the concoction he created with the popular alcohol brand.

“It’s coconut rum and silver tequila combined,” he says. “I always take the Malibu and mix it with tequila to curb the taste. Women dig it like that.”

Creating an alcohol empire isn’t Ne-Yo’s only new venture, though. The singer created the Compound Foundation to help inspire children from not-so-positive backgrounds.

“We deal mainly in child welfare,” he tells SheKnows. “Our main goal is to inspire these kids to be more than a foster home kid or a group home kid. We tell them that where you come from doesn’t have to mean anything.”

The singer just hosted his annual pre-Grammy Awards party, so we had to ask: Did he think Kanye West and Miley Cyrus’ absence from the nominations seem fair?

“Yeah, I feel like they were snubbed,” he says, then alludes to his own issues with the Grammys. “It wouldn’t be the first time the Grammys screwed up.”