Josh Boone’s touching rendition of The Fault in Our Stars will pull at your heartstrings. Its debut trailer highlights love in the face of adversity. 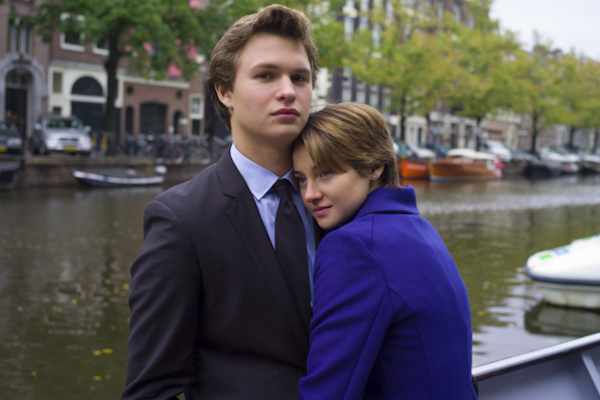 Grab your tissues, 20th Century Fox has released the first trailer for The Fault in Our Stars. It’s the film adaptation of the popular novel from author John Green. It stars Shailene Woodley and Ansel Elgort and is a coming-of-age story that forces two teens to confront life and death.

Shailene Woodley cuts off her hair for new role and charity >>

The Fault in Our Stars follows Hazel (Woodley) and Gus (Elgort) and their whirlwind romance. They march to the beat of their own drum and have a natural disdain for convention. You could say they’re wise beyond their years. They’ve faced enough obstacles, big and small, to last four lifetimes.

The Fault in Our Stars’ sick tagline: Can you handle it? >>

Both Hazel and Gus have been affected by terminal illness. Gus’ disease is in remission, while Hazel is still fighting the good fight. She needs tubes to help her breathe and she’s constantly being monitored. Despite the drama regarding her health, Gus is enchanted.

Shailene Woodley waffles on The Fault In Our Stars’ tagline >>

Hazel notices Gus’ interest, and attempts to push him away. Lucky for her, it doesn’t work. He catches on to her antics and declares his love for her. Once Hazel stops denying and starts embracing her feelings, she starts to really live again. Her relationship with Gus allows her to feel more joy than she ever thought possible.

What do you think of the first trailer for The Fault in Our Stars?