Justin Bieber is at it again. His troubles now extend to Toronto, Canada where he turned himself in on Wednesday. Find out why. 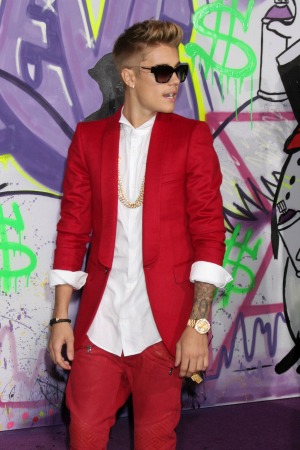 ustin Bieber might want to rewind the clock and start 2014 all over again since it’s been a pretty bad start to the new year. In breaking news on Wednesday, TMZ is reporting that the troubled pop singer is in Toronto, Canada to face criminal assault charges.

The alleged incident occurred on Dec. 29 when the “Boyfriend” singer took a limo into the city and got into a fight with the driver. The gossip site initially wrote that it was “a member of his entourage” who was being investigated for beating up the driver, but it seems it was Bieber’s fault.

RadarOnline said that the 19-year-old musician traveled with his lawyer and will be charged at the 52 Division police station. This marks another incident in a series of scuffles for Bieber.

Just days ago he was vacationing in Panama after getting arrested in Miami Beach for a DUI and drag racing. Former fans have even created a deportation petition to get the Canadian-born singer shipped out of the U.S. for his bad behavior.

He is going to be keeping his lawyers busy with the Toronto case with a Feb. 14 hearing in the Miami arrest and an ongoing investigation over the egging incident in his Calabasas, California neighborhood.

Scooter Braun, Usher and his mom traveled to Panama last week to try and knock some sense into the Biebs, but it seems like he wants to learn his lesson the hard way — jail.

It’s another chapter in the downward spiral of a young star.