It’s a tough day for RHONYC star Ramona Singer who must face the public about her husband’s cheating scandal. 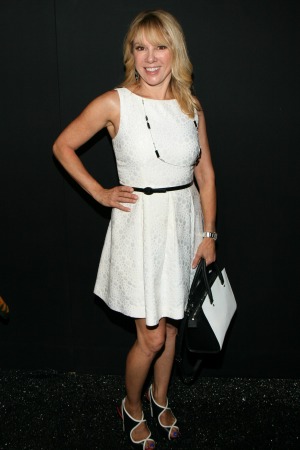 Things are bound to get interesting in the new season of The Real Housewives of New York City with the cheating allegations levied against Ramona Singer‘s husband Mario. The couple has been married 27 years and is currently struggling in the public eye.

In fact, one former Bravo TV star is even speaking to People about their marital troubles.

Jill Zarin told the entertainment magazine, “Ramona has been protecting him. She looked the other way when people told her he was cheating.”

The rumors have been going on for quite a while since Page Six reported that Mario had gotten a 20-something blond socialite pregnant and the woman chose to have an abortion. That story first emerged back in October.

The latest tale has Singer’s 60-year-old husband still seeing the young woman. Ramona found the couple in their Hamptons, New York, home over the weekend.

A source told People, “She saw him there with the girlfriend and made a big scene and called the police. She did not want a divorce. Ramona loves her life. She loves Mario.”

There is clearly something going on since Ramona tweeted a personal message to her followers on Wednesday.

While the reality star is trying to put on a brave face, the source continued, “Everyone knew he had this girlfriend.”

It remains to be seen whether the RHONYC couple will reunite, but it sure will be a heated season for the reality show.