He’s at it again! Kirk Cameron wants everyone to know he didn’t like the Grammy Awards, but go see his new movie.

Related story This Description of Ivanka Trump's Face After Talking With Dad Donald Trump on Jan. 6 Will Stay With You 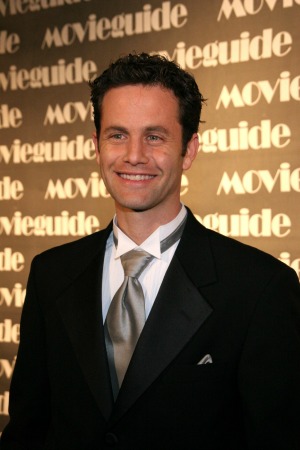 Kirk Cameron has always been very committed to his faith and his beliefs. After Sunday’s Grammy Awards, he took to his Facebook page to criticize the marriage segment with Macklemore and Ryan Lewis’ song “Same Love.”

The posting was so controversial he pulled it down because of all of the negative attention he received. However, E! News was able to capture a screen grab before the post was deleted.

He wrote, “How did you like the Grammy’s [sic] all out [sic] assault on the traditional family last night?”

“As a husband and father, I am proud to announce the release of my new family movie, Mercy Rule,” he continued. “Last night, the lines were drawn thick and dark. Now more than ever, we must work together to create the world we want for our children. I’m hoping that just as Fireproof restored marriages, Mercy Rule will strengthen families. You told me on Facebook how you wanted to see Mercy Rule, and I heard you. That’s why Family Christian stores and I are giving it to you now. Just the way you want it.”

In the interview he said, “Marriage is almost as old as dirt, and it was defined in the garden between Adam and Eve. One man, one woman for life till death do you part. So I would never attempt to try to redefine marriage. And I don’t think anyone else should either. I think that it’s unnatural. I think that it’s detrimental, and ultimately destructive to so many of the foundations of civilization.

The backlash from fellow celebrities was huge. Everyone from Jesse Tyler Ferguson to Debra Messing and Cameron’s former cast mate Tracey Gold all spoke up in defense of marriage equality.

It hasn’t made the 43-year-old actor very popular in Tinseltown, but he’s proving he won’t back down from his convictions.