Fifth Harmony, one of the 2014 MTV Artists To Watch, took some time to speak with SheKnows and spilled on being grounded as well as on Beyoncé and Selena being great influences. 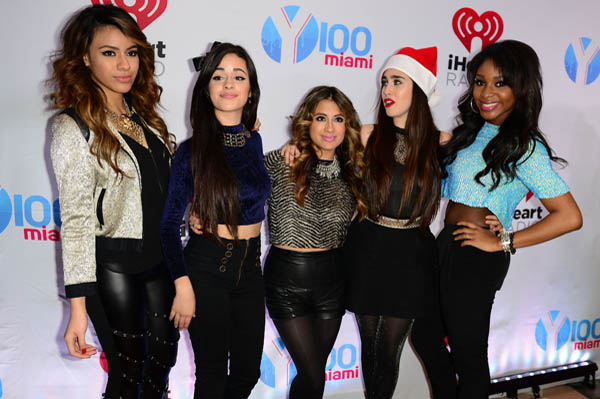 As one of the 2014 MTV Artists To Watch, Fifth Harmony is definitely making their mark in the music world. SheKnows was fortunate enough to catch up with the girl group to talk about how Selena and Beyoncé have been great influences, and on staying grounded.

The girl band, which was formed during the second season of The X Factor and is comprised of Ally Brooke, Normani Kordei, Dinah Jane Hansen, Camila Cabello and Lauren Jauregui, has been performing together since the start of 2013.

With their debut album Better Together topping music charts already, the group is certainly headed in the right direction.

Talking about their success as a group, Fifth Harmony told SheKnows that they had a lot of good influences when it comes to their music, especially from Beyoncé and Selena.

They also added how Beyoncé “relates to a lot of girls and women. Beyoncé just kills everything she does, she’s constantly reinventing herself and constantly at the top before anybody else, so she’s just amazing.”

The young group also revealed how they manage to stay grounded in a world where so many young artists fall victim to such rampant drug and alcohol problems.

“I think we keep each other in check,” they explained. “We’re all very family-oriented, like our families are very involved in our lives and make it a point of being supportive of us and make sure that they keep us grounded.”

They added that not only are their families by their sides, but their whole team and managers are all “good people and they would never want to see us hurt ourselves,” and would be there at all costs, even if any of the girls in the group would ever run into trouble. Which they assure they have not, and don’t plan to do either.