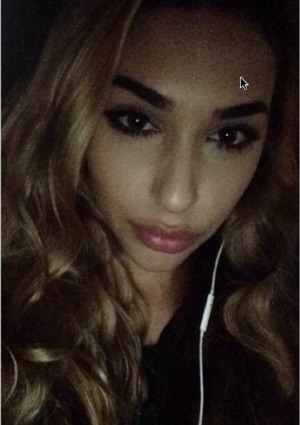 You’ve seen Chantel Jeffries all over the entertainment news pages this week — she was riding next to Justin Bieber when he was arrested on DUI charges and tagged along with him to Panama afterwards for a little fun in the sun. The model has quickly learned that the perks that come with being a celebrity hanger-on are often canceled out by the negative side, namely your own dirty laundry being hung out for all the world to see.

After The New York Daily News and The Daily Mail reported on her seemingly extensive criminal record, including five arrests — one in February 2011 for assault with a deadly weapon — Jeffries wants to set the record straight.

“I have been overwhelmed by the negative attention I have recently received in the media,” Jeffries told E! News in a statement. “My family and I are particularly upset about the false accusations which have been published concerning my criminal history.

“For the record, I have not been arrested five times as has been stated in the media, nor am I guilty of physically assaulting anyone, in any way, shape or form,” she added. “I am a full-time student who had enjoyed a normal lifestyle, free from public scrutiny and criticism, until now. What has happened to me is wrong. I want people in general, and the media in particular, to consider the impact their disparaging comments have on the individual; especially when their comments are inaccurate.”

Her lawyer claims the other arrests stemmed from “traffic violations.”

The Miami-based model hinted that a statement was coming yesterday on Twitter.