Demi Lovato has come out in full support of Ke$ha’s decision to go into rehab for her eating disorder. 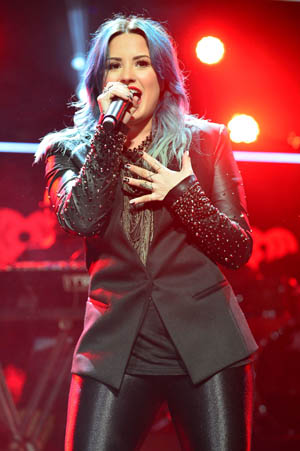 Having had an experience with rehab herself, Demi Lovato spoke out in support of Ke$ha for seeking treatment to deal with an eating disorder.

Sober for a few years now after getting treatment for personal issues and drug use, Lovato feels very positive for Ke$ha and her decision to get professional help for her problems.

“Yeah, I wish her the absolute best and I think she is doing a really great thing for herself. It’s really great when you take time out of a schedule that everybody wants you,” Lovato said during a pre-Grammys interview with E!. “You don’t really get to treat the things that everyone has like stress. You just kind of throw yourself into work.”

Lovato said she went into rehab because she could not continue living without it.

“It taught me a lot and it helped me a ton,” Lovato added. “I wish [Ke$ha] the absolute best. She’s a really sweet girl and she’s going to be fine.”

Currently at Timberline Knolls Residential Treatment Center in the Chicago outskirts, Ke$ha checked herself in just after New Year’s. This is actually the same place where Lovato was treated for her own issues, which also included an eating disorder.

Fortunately, it seems Ke$ha is doing well with her treatment as she was able to tweet to her fans from the rehab facility, telling them that despite the difficulty, things are going good.

“hey It’s Kesha from treatment,” the singer wrote. “I just wanted to say that this is really hard and necessary work. I’m grateful for all the love and support… i couldn’t do this without you.”

Ke$ha drinks her own pee on television >>

Upon entering treatment, Ke$ha also released a statement to the press on Jan. 3 to explain her reasons for getting help. “I’m a crusader for being yourself and loving yourself but I’ve found it hard to practice. I’ll be unavailable for the next 30 days, seeking treatment for my eating disorder… to learn to love myself again. Exactly as I am.”