The Wanted recently announced the shocking news that they are splitting up. However, the breakup appears to be filled with bitterness as the band’s members have started to bash one another. 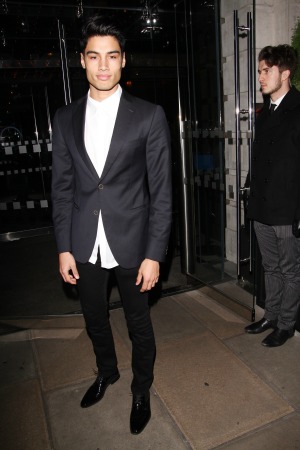 The Wanted‘s fans will be suffering from yet another heartbreak after reading the latest clash between their favorite boy band members because it appears the band may never get back together!

The hit British-Irish group, which consists of members Max George, Siva Kaneswaran, Tom Parker, Nathan Sykes and Jay McGuiness, have officially announced they would be taking a break from the band at the end of their U.S. tour in May.

Fans were left heartbroken by the shocking announcement, although many believed it could just be a little break to relax and recuperate.

However, that does not appear to be the case at all as Max George has revealed some ugly truths in an interview he gave to The Sun.

The star slammed his fellow bandmates Parker, McGuiness and Kaneswaran during a bitter confession. George told The Sun, “Our personal lives drove us apart — things started to happen and we were drifting….”

“We had a very difficult conversation. Our manager Scooter Braun asked us who would want to take a step out after the tour and try to do their own thing.”

“Me and Nathan [Sykes] both said we have our own ambitions. We were more prepared than the others because we’d looked at how things had been going with the band over the past few months. No one should be surprised.”

Newly engaged Kaneswaran has been left deeply saddened and disappointed in his former bandmate for airing The Wanted’s dirty laundry; he responded to the nasty allegations via Perez Hilton.

Kaneswaran revealed that none of the other members ever expected their private information to be discussed, but he is willing to try and look past the interview bashing and possibly reconnect with George.

He admitted, “I think we all need to talk, sit down, and discuss this as a band. And honestly, I think quite frankly, what Max [George] did was very disappointing.”

“We really have to sit down and discuss this. And I mean, figure out if it’s something that we can move past and just communicate. I think that was the problem, not communicating.”