Whew… what a month! January has been packed full of award shows, so we couldn’t resist the opportunity to see how the shows’ hosts and hostesses stacked up against each other. Who really nailed the gig? 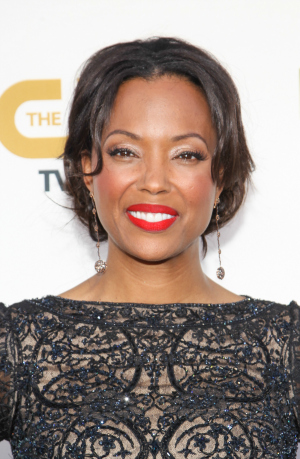 Host: Aisha Tyler
Show: The Critics’ Choice Awards
Pros: We knew Tyler was kind of funny thanks to shows like Friends and Whose Line Is It Anyway?, but her sharp wit and super-sarcasm as the Critics’ Choice host had us wondering why she doesn’t do more comedic work.
Cons: Although Tyler was hilarious, her tone at times came off as caustic. And her joke about Oprah being able to “buy and sell us all twice, and somehow make us think she was doing us a favor” didn’t seem to go over so well with O.
Best zinger: “There are so many huge stars representing so many extraordinary films here tonight that I cannot possibly mention them all. So, in true Hollywood fashion, I’m only going to pay attention to the ones I’d like to sleep with.” 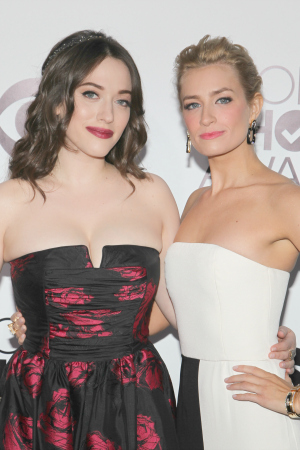 Hosts: Kat Dennings and Beth Behrs
Show: The People’s Choice Awards
Pros: These hosting newbies were fresh and fun, injecting the show with plenty of youth and personality. With Dennings’ cynicism and Behrs’ bubbly personality, the two played off each other like a charm. And Behrs’ singing skits were spot on… especially her rendition of “Baby Got Back.” The girls didn’t seem to take themselves too seriously, which was super-likable.
Cons: We love Dennings — don’t get us wrong — but there were moments when she seemed less comfortable than Behrs. A few of her jokes seemed to fall flat, but it may have been nerves!
Best zinger: “Nothing lasts forever except for Maggie Smith and the tramp stamp.” 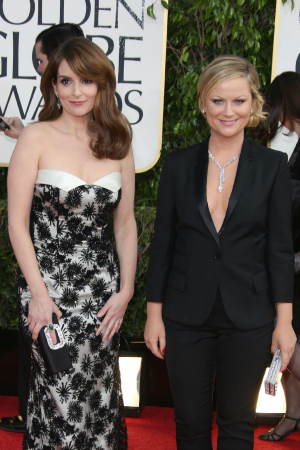 Hosts: Tina Fey and Amy Poehler
Show: The Golden Globes
Pros: Fey and Poehler never fail to bring the funny, and this year was no exception. The old friends and SNL alums kept the adult crowd engaged with naughty jokes, funny banter and even some self-ridicule.
Cons: Hmm… um… we’ve got nothing.
Best zinger: “And now, like a supermodel’s vagina, let’s all welcome Leonardo DiCaprio,” or “It’s the story of how George Clooney would rather float away in space and die than spend any more time with a woman his own age.” (We couldn’t just pick one from these ladies.) 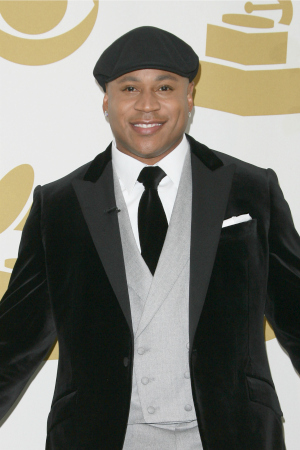 Host: LL Cool J
Show: The Grammy Awards
Pros: Aside from the fact that he’s pretty nice to look at, LL Cool J is immensely likable for the fact that he doesn’t try to be anyone but himself. He hosts the show in a way that’s very genuine. Plus, he’s got music biz cred going for him.
Cons: Some critics thought he was “predictable” or that his delivery was “boring.” He’s not a comedy routine kind of host, like the others.
Best zinger: “It’s tough for me to admit, but the truth is there are probably millions of people that don’t know I make music here, but music is the vehicle that brought me here.” (Not really much of a zinger, but it was good line!)

This is a tough call, for sure, but we’re going to give best award show hosts to… drumroll, please… Tina Fey and Amy Poehler! Those ladies have got it going on. We can’t wait for next year’s show to see who their next Hollywood victims of hilarity will be.