From the People’s Choice Awards to the Golden Globes and the Grammys, check out all the gorgeous gowns that literally made our jaws drop this January. 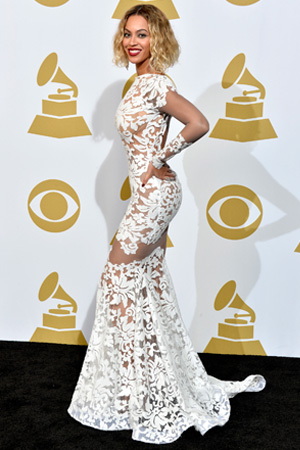 No doubt about it, Queen Bey definitely took the cake when it came to the best-dressed singer at this year’s Grammys. She wowed in a white-hot Michael Costello gown with feminine floral detailing and nude mesh cutouts that nearly bared it all. Paired with more than $10 million in diamond jewelry, she was surely a sight to behold, to say the least. 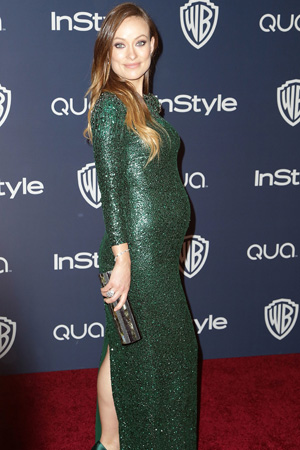 Actress Olivia Wilde didn’t let a little baby bump stop her from strutting her stuff in a gorgeous green (and oh so sparkly) Gucci gown on the red carpet at the Golden Globes. The sequin-covered dress is a shining example of how to do maternity haute couture the right way, don’t you think? 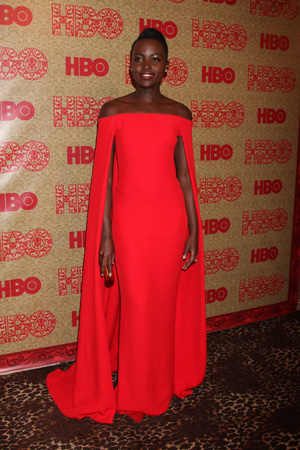 She may not have walked away with a Golden Globe for Best Supporting Actress, but 12 Years a Slave star Lupita Nyong’o certainly managed to make a name for herself on the fashion front this year. The Kenyan cutie turned heads on the red carpet in an exquisite red cape dress by designer Ralph Lauren. The gown showcased her shoulders and was absolutely radiant against her skin tone. We’re obsessed! 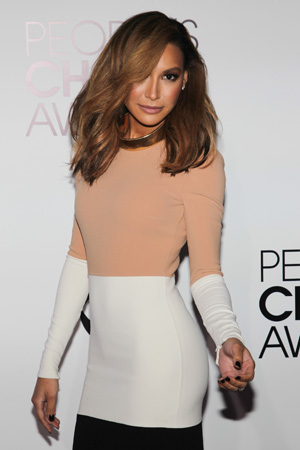 Glee star Naya Rivera literally blew us away with her natural beauty (and new hairdo!) at the 2014 People’s Choice Awards. She showed off her svelte figure in a simple but sexy Michael Kors colorblock dress that fit her fabulously and featured a high-low hemline. Her voluminous blowout was the icing on top of the cake, though. So haute! 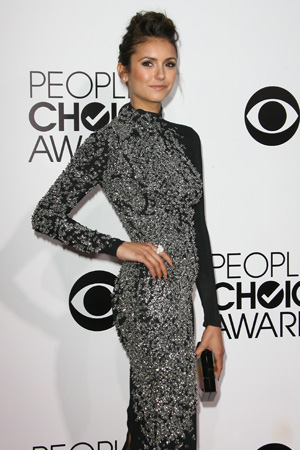 Vampire Diaries star Nina Dobrev is one of those actresses who almost always gets it right on the red carpet. At this year’s People’s Choice Awards, she definitely didn’t disappoint. The 25-year-old actress dazzled in a form-fitting black dress by British designer Jenny Packham. Embellished with silver sequins, it was the absolute perfect choice for her. 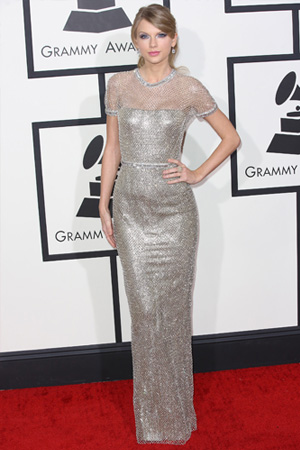 Taylor Swift is always a fixture on our best-dressed list. And this year, her impressive Grammys gown was totally deserving of an award itself! The country singer actually described her silver shimmering Gucci gown as a bulletproof “suit of armor.” Styled with romantic hair and makeup, we couldn’t take our eyes off it. 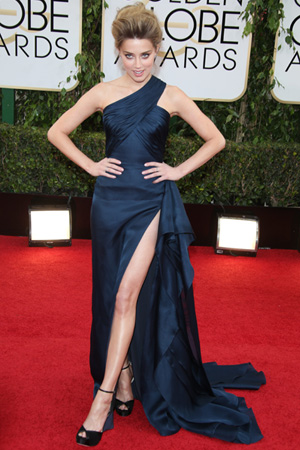 Last but not least, we couldn’t help but fall head-over-heels for actress Amber Heard’s glamorous gown by Atelier Versace at the Golden Globe Awards. With ruche detailing up top and a sexy slit that showed off some serious leg, this navy number was a clear winner in our book. Love, love, love. 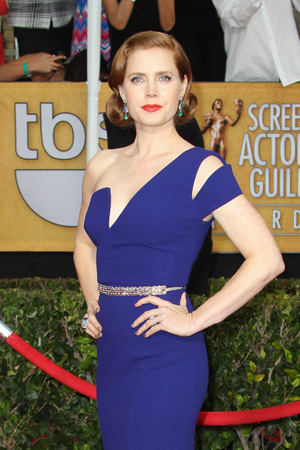 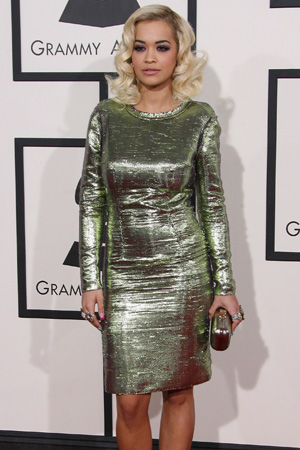 Metallic dresses were another major trend this award show season. Rita Ora rocked the look like a total pro at the Grammys in her metallic light-green Lanvin frock. Contrasted against her caramel complexion and platinum-blonde hair, this glitzy dress was a huge home run for her. 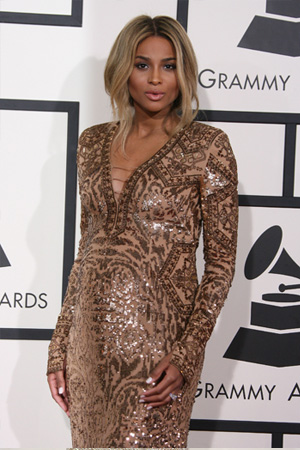 Of all the ladies on our list, who do you think deserves best-dressed overall? Tell us in the comment section below.