Emma Watson is not only gracing the cover of the U.K.’s Wonderland magazine with three different awesome looks, but she’s also a guest editor. 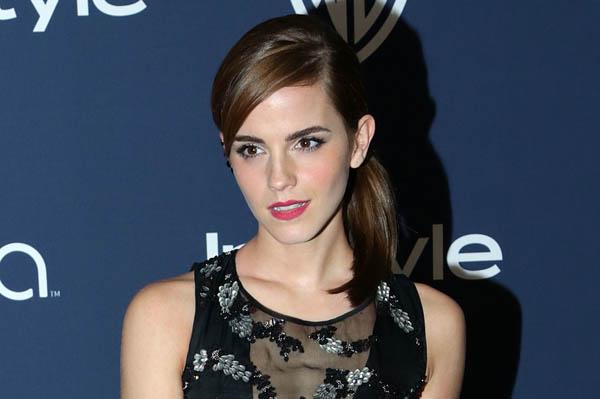 Emma Watson was a guest editor for the U.K.’s Wonderland magazine this month, and she also shot three very different cover looks for the February/March issue.

The 23-year-old stunner made it seem easy to look as good as she did on her beautiful covers; however, she admitted that editing took a bit more effort. “Being an editor… Not totally easy eh?” the star wrote on Twitter as she was hard at work on her temporary gig.

Now that the hard work is over, Watson is reeling from the result and even asked readers to tell her which cover they like best. “Afro Prada Bruiser or Elf Alien Queen. Your pick,” she wrote on Twitter, along two of the cover images.

Apparently, the Harry Potter actress may prefer the third option, which she didn’t include in the post but took as her new Twitter profile image. In that cover, she wears a white strapless dress paired with a chunky necklace, while sporting long, straight tresses and dark red lipstick.

While her job seems to have gone well now that it’s over, Watson couldn’t escape the unavoidable pitfalls that come with office work. “Computer just crashed. Pain au chocolat anyone?” Sounds like a yummy way to deal with those incessant deadlines.

Things are certainly looking up for Watson. Not only is the French-born British beauty looking for a place to live in a posh New York City neighborhood, she also has a brand-new boyfriend to boot. Watson recently began dating Oxford rugby player Matthew Janney and things seem to be heading in quite the serious direction.

Janney’s guardian, Coralie Day, who adopted the 21-year-old athlete as a boy when his parents died, expressed her delight for his new girlfriend before meeting her, and gushed a ton about her son.

“We are thrilled to bits that he is seeing Emma Watson. We are looking forward to meeting her,” Day told The Mirror. “Hats off to her for finding such a wonderful young man. There is nothing bad anyone could say about Matt. He is absolutely lovely.”