Vin Diesel just posted a hilarious video of himself singing along to Katy Perry and Beyoncé! 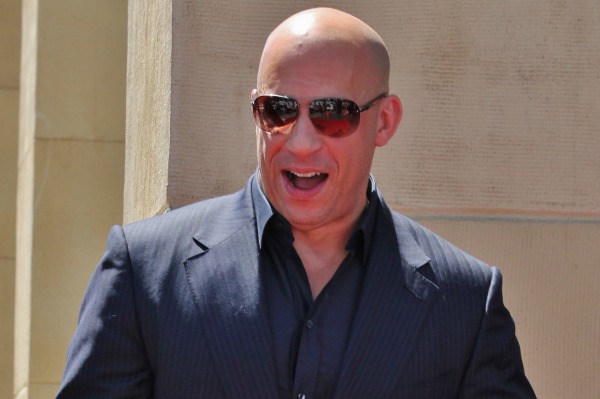 Everyone processes grief differently. For Vin Diesel, who is dealing with the death of close friend and Fast & Furious co-star Paul Walker in November, there is only one way out of this dark hole: Interpretive dance.

The actor posted this ridiculously amazing video to his Facebook page today, showing him singing and dancing to Katy Perry’s “Dark Horse” and Beyoncé’s “Drunk in Love.” We never thought we’d describe the action star as “adorable,” but here we are.

Watch Vin Diesel get his groove on

Is Vin Diesel breaking the macho mold for musicals? >>

Not as great as riding that surfboard, somewhat surprisingly.

Diesel said he posted the video to thank fans for making his flick Riddick the No. 1 DVD in the country.

“Guys, I’m just excited, I’m happy, and I’m shouting out to you guys to say thank you. Universal just called me and told me that Riddick is No. 1 on the DVD charts,” he said to the camera. “There’s no way in the world Riddick would have been made without you guys … it’s a win for all of us and, really, thank you so much.”

No Vin, thank you for this amazing piece of cinematography.