The Disney Channel made history this week when it introduced two new characters — who happen to be a pair of same-sex parents. 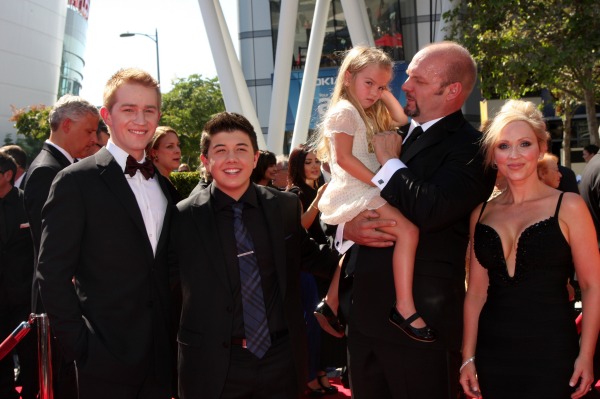 Good Luck Charlie helped the Disney Channel pass a historic milestone this week — and it did so quietly and with little fanfare.

In a move that was announced in June, the kids show introduced the first openly gay characters ever to appear on the Disney Channel this week. In the episode, the Duncans set up a playdate for Charlie with a new friend who happens to have two moms. The plotline revolves around the boredom of one of the moms as she is stuck listening to Bob Duncan’s dull stories — their sexuality is barely mentioned.

“This particular storyline was developed under the consultancy of child development experts and community advisors,” a Disney Channel spokesperson told TV Guide. “Like all Disney Channel programming, it was developed to be relevant to kids and families around the world and to reflect themes of diversity and inclusiveness.”

Unsurprisingly, the American Family Association group One Million Moms — who also called for a boycott of J.C. Penney when the retailer used Ellen DeGeneres as their spokesperson — threw a fit about this development.

“One Million Moms launched an email campaign in 2013 that urged Disney officials to abandon their plans to corrupt the children’s network with LGBT content. However, Disney officials have not responded to the thousands of emails protesting their plans. Disney has decided to be politically correct instead of providing family-friendly programming. Disney should stick to entertaining, not pushing an agenda,” they said in a statement on their website.

“Conservative families need to urge Disney to avoid controversial topics that children are far too young to comprehend. This is the last place a parent would expect their children to be confronted with topics that are too difficult for them to understand. Mature issues of this nature are being introduced too early and too soon, and it is extremely unnecessary.”

But it appears that in the end, two lesbian moms beat out 1 million conservative moms.