Jason Derulo suffered a life-changing injury in 2012, but the R&B star has allowed the trying time in his life to affect him in a super positive way. 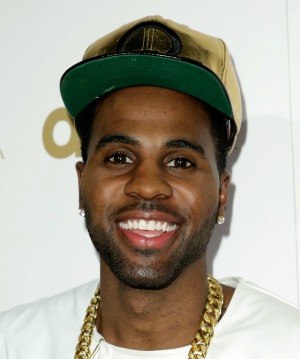 Jason Derulo has decided to become a new man with a more positive outlook on life since suffering from his serious injury.

The “Trumpets” singer snapped one of his vertebrae while rehearsing for a tour in 2012 and the terrifying ordeal, which left him nearly paralyzed, has changed Derulo’s life forever.

However, Derulo didn’t allow his neck to injury keep him down. In fact, he took something positive from the entire process and decided to live his life in a healthier and more productive way.

The “Whatcha Say” hit maker was celebrating the warm-up to the 2014 Grammy Awards at OK! Magazine’s Pre-Grammy Party. The lavish event was held on Friday at the Lure Nightclub in the Hollywood section of Los Angeles, California.

Derulo was accompanied by his beautiful girlfriend Jordin Sparks and according to Contact Music, the star revealed how his injuries have changed him.

“It was a very, very crazy experience, obviously breaking your neck is not something you think is ever going to happen to you, but I learned a lot from it man, and I feel like I’ve really grown up from it,” he said.

“Life is a little bit different, I don’t take moments for granted, but the journey has been really cool. Since then I’ve had all these top 10 records, and number ones, and I’m in a really good place.”

The star was also an extra special guest at the swanky event because he performed several of his big hits, including “Ridin’ Solo” and “In My Head.”

However, his favorite topic of conversation was neither about his success nor his recovery but rather the love of his life. Derulo and Sparks have been enjoying a happy relationship, and the R&B singer gushed about his lady.