Heidi Klum and her bodyguard-turned-boyfriend have split up. But after 18 months of being inseparable, what caused the couple to call it quits? 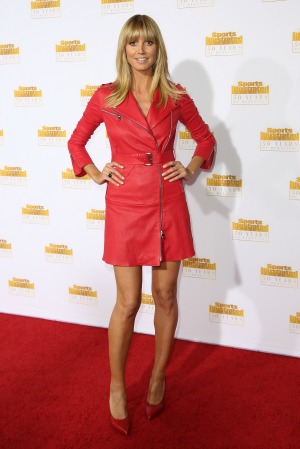 Supermodel Heidi Klum is wanted by many men, but she clearly felt safe with her bodyguard-turned-boyfriend Martin Kirsten because the pair enjoyed a happy relationship for a year and a half.

However, all good things come to an end, and the Project Runway judge has found herself single once again — she split from her beau a few weeks ago.

A source close to Klum revealed to People why the couple called it quits.

“Martin was there for her during a challenging time in her life and it was something she will always be grateful for,” the source claimed.

The challenging time in question is when the 40-year-old beauty split from her husband of seven years Seal. The former couple’s divorce was filed in April 2012 and fans were left deeply shocked that the smitten pair had broken up.

A heartbroken Klum went on to find comfort in the arms of her bodyguard. But it appears that when the pair ended their romance they also decided to end their professional relationship.

Another source revealed to People, “They are no longer working together.”

“Life is about timing. He was incredibly supportive and they were there for each other, but they’re moving on now. They still have a great friendship.”

However, we don’t think the Emmy-winning star will be feeling too upset about her recent split because her life is so consumed by motherhood.

The mother of four’s first love is her kids! And because all of Klum’s children are under 10 years old, she doesn’t have time for much else!