Universal’s Pitch Perfect has found a director. Elizabeth Banks will bravely helm the musical as her first feature-length film. 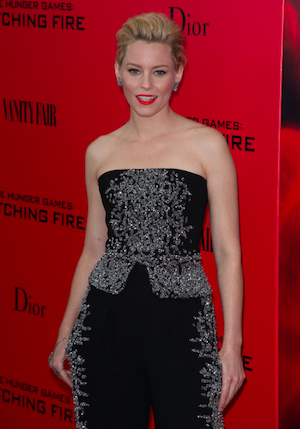 The Pitch Perfect franchise celebrates girl power. That’s why we’re not surprised by its choice of director. Actress Elizabeth Banks is stepping behind the camera for the upcoming sequel. Universal has confirmed that Banks will make her directorial debut with Pitch Perfect 2.

Banks co-starred and co-produced the original 2012 film, which became a surprise hit. On a $17 million budget, it grossed $115 million at the worldwide box office. Thanks to the hilarious screenplay, standout performances and catchy tunes, Pitch Perfect developed a cult following.

Pitch Perfect: Why Rebel Wilson is our new hero >>

Not only did the film do well, but its soundtrack was also a success. It sold over one million copies. Considering the state of the record industry, that was a feat. The album had a hit single called “Cups,” which is performed by star Anna Kendrick.

“Elizabeth originated the idea for Pitch Perfect and was instrumental in making the first film such a huge success,” said Universal chairman Donna Langley. “She brings an enormous amount of energy and experience to everything she works on and we’re thrilled that she is making her feature directorial debut on Pitch Perfect 2.”

According to Variety, Banks will direct from a screenplay written by Kay Cannon, who worked on the previous film. Banks has been keeping busy with multiple film projects in the pipeline. She was most recently seen in The Hunger Games: Catching Fire and next up is the romantic comedy Walk of Shame.

Pitch Perfect 2 is scheduled to hit theaters sometime next year.