While all those regular artists feel special when Billboard covers their latest single, Hunter Hayes was scoffing (not really) because his sights were set higher. And I’ll say they paid off, right? He can check “debut single at the Grammys” off his bucket list. 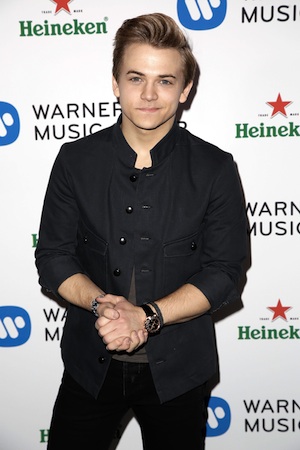 And Hunter Hayes sought our hearts with his latest single about being unconventional, “Invisible.”

It was a memorable moment in the singer’s career, with him hypnotizing the stage with his passionate portrayal Sunday night at the 2014 Grammy Awards.

This wasn’t some political agenda that Hayes was seeking to push either (like some other acts were purportedly doing). The message is brutally honest and one that opens a time capsule from Hayes’ past. As a self-proclaimed nerd, Hayes told Entertainment Tonight that the song is about being misunderstood, but being proud of that. He also added that he learned to persevere through the aid of supportive parents.

This performance and the subject matter are so insightful, that there was (and is) no need for the elaborate theatrics or sexual prowess that normally adorns award shows. While my maternal instincts kicked into overdrive (he’s only 22) when I heard critics claiming he sounded strained, I do give Hayes credit for having the courage to be so vulnerable atop the stage on music’s biggest night of the year.

He commanded the stage with earnest fervor, and fans have speculated he had a lady in mind while he sung. Could it be one stunning “All Too Well” starlet, Taylor Swift? Or a brunette bombshell who beckons us all to “Come and Get It,” Selena Gomez? While I care far less for his love life than his genuine music, it’s still worth the consideration of who could be swelling his heartstrings.

Can Macklemore hold his own after the onslaught of hate? >>

Hayes, who sung the hit “Everybody’s Got Somebody But Me” is on a rampage ridden with success, and the appearance at the Grammy’s will be a tough one to surpass. Wonder how he is going to debut the next single? Hot air balloon during the Super Bowl? Hayes stole the show and our unwavering commitment to watch his rising potential soar.