Backstreet Boys singer A.J. McLean has some words of wisdom to share with Justin Bieber. 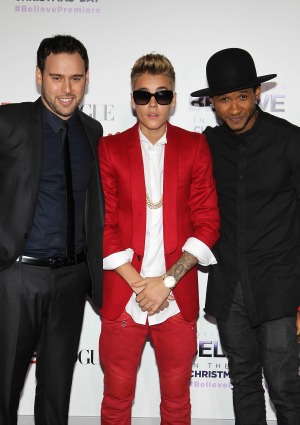 While the rest of the world mocks Justin Bieber’s troubles, the star has at least one celeb on his side: Backstreet Boys singer A.J. McLean.

McLean, who met Bieber’s manager Scooter Braun while on his honeymoon in Bora Bora, told People he’d like to reach out to the Biebs in the wake of his DUI arrest and be a mentor.

“[I’d like to] see if I can reach out to Justin and see if we can have a sit-down, take him under my wing and tell him what it was like for me at that age, and maybe see if he will actually hear me,” he said.

“Who knows who he’s surrounding himself with that are egging him on, no pun intended,” McLean half-joked, referring to the police investigation surrounding the egging of Bieber’s neighbor’s house — and adding that when he was a Backstreet Boy he was surrounded by “really supportive people who didn’t ‘Yes’ us to death.”

“Hopefully, he’ll want to sit down and we can have a little chat,” McLean said. “Obviously, he has to go through what he’s going through, and hopefully he comes out the other end a better, stronger human being.”

McLean isn’t the only one who wants to have a little chat with the Biebs. A whole group of concerned pals, including Bieber’s manager Scooter Braun, mom Pattie Mallette, Bieber documentary Never Say Never producer Ryan Good, longtime pal Ryan Butler and the teen idol’s musical mentor Usher all reportedly hightailed it to Panama, where the singer is hiding out, to stage what looks like an intervention. (His father is already in the Central American country with him.)

Problem? Many of these same people are thought to have been enabling Bieber’s bad behavior for years. Braun has built Bieber’s publicity machine from the ground up. The singer has been financially supporting his father for years, and good ol’ dad was partying in Miami with the Biebs, even helping block off the street where he was arrested on DUI charges. Bieber himself told cops that his mom gave him Xanax earlier in the day.

Will this so-called “intervention” truly help the troubled star, or just get him in good enough shape for another money-making album and tour?