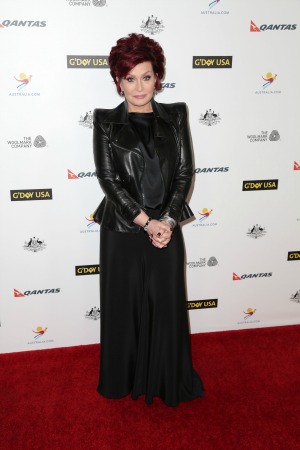 Sharon Osbourne is known to have a bit of a temper — especially when it comes to defending her children — and Jonah Hill‘s brother found himself on the receiving end of it at a pre-Grammy party on Saturday night.

According to E! News, the matriarch got involved in an explosive argument with Hill’s music manager brother Jordan Feldstein and food went flying.

Both parties were celebrating the warm-up to the Grammys at the Clive Davis and The Recording Academy’s pre-Grammy gala at the Beverly Hilton Hotel in Los Angeles, California, when the evening turned sour.

The confrontation is said to have been caused by a fight between Feldstein and Kelly Osbourne earlier in the night and a source revealed to E! News, “There was a lot of finger-pointing.”

The Fashion Police star — whose just found herself recently single after her split from Matthew Mosshart — apparently grew tired of arguing and left the table only to have her mother fill her spot and continue to heat up the fight.

The source added, “They were going back and forth and then all of sudden, food was flipped onto Jordan. He got up to walk away and then Sharon threw a glass of water at him.”

You clearly do not want to get on Sharon’s bad side! So what exactly caused the stir between the Osbournes and Maroon 5’s manager?

Cyndi Lauper spilled the beans to Extra‘s AJ Calloway at the 2014 Grammy Awards and revealed that the feisty English television host was actually just defending her son’s honor.

Lauper said, “I love Sharon, but after last night I kind of love her more.”

It turns out that Feldstein made an unpleasant remark about Osbourne’s son Jack and the world should know by now that Mrs. O does not take lightly to people bullying her family.

Lauper added, “Sharon dumped some stuff on him [Jordan Feldstein] like a plate of food and some water to wake him up and said, ‘Don’t f*** with my family.’

“Every mom sticks up for her kids and her family.”

Extra reportedly also caught up with rock legend Ozzy Osbourne, who did not intend to shed any light on the situation, but did mention that the family did not remain at the pre-Grammy party for long.

“We had to make a hasty retreat,” Ozzy joked.