James Van Der Beek is a dad once again! The actor and his wife Kimberly are feeling outnumbered but extremely happy with their new baby. 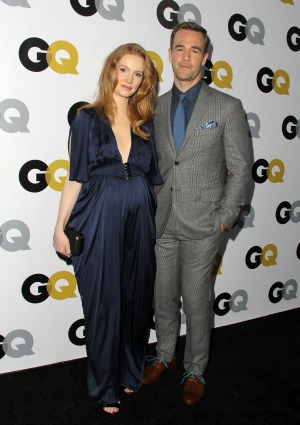 James Van Der Beek‘s household is getting pretty packed because he and his lovely wife Kimberly have just welcomed their third child into the world.

The newest addition to the family is a beautiful little girl whose name has not yet been confirmed.

However, according to E! News, the Dawson’s Creek star‘s rep did confirm that the couple’s little bundle of joy arrived via natural home birth, weighing 7 pounds, 8 ounces.

He wrote, “Outnumbered by kids, outnumbered by girls, outlandishly grateful and thrilled… Watch out world, VDB baby #3 made her debut last night :)”

Van Der Beek appears to be loving every minute of fatherhood, though, and he doesn’t appear to mind that he has so many small children under his roof at one time.

The Friends With Better Lives star happily gushed to People magazine about how they were eagerly awaiting their new arrival. He said, “There are moments where we will be dealing with the two, it will be a handful and I’ll think, ‘Well, this is about to get even trickier.'”

Even baby Joshua has warmed to the thought of a new sibling. Van Der Beek revealed, “I think he gets it on some level — maybe not on an immediate level — but in some part of his heart and soul he does.”

Congratulations to the happy couple on the birth of their baby daughter!