This 2014 Brit Breakthrough Artist nominee has a shuddering, eerier lead voice that cripples in their latest single. Hannah Reid’s earthy, looming voice resembles the brazen, fiery-haired songstress of Florence and The Machine. 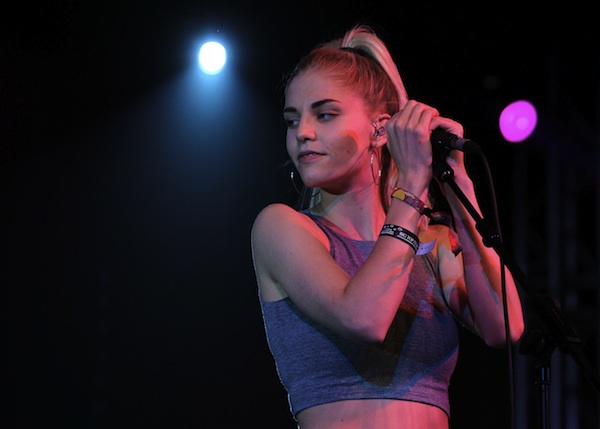 I always hated being compared to my older sister. So, I get that comparisons are annoying.

And I know how much some music fans hate comparing their favorite artists to anyone else.

Every remarkable artist has some quality that sets them apart, right?

What sets Drake and Chris Brown apart? Find out here >>

But that doesn’t mean those great people don’t share other qualities. Or, also in this case, an incredible cover of the same song. The fresh faces of London Grammar covered the robotic, intimidating song by French electro-house artist Kavinsky and Lovefoxxx’s “Nightcall.” It’s a duplicate I fell down a trippy, joyous rabbit hole for. They didn’t improve it, but they did add a dimension that is stunning and startling.

Riding along that same thought, I was moved by female vocalist Hannah Reid. Her voice is throaty without the toadlike gurgle and possessed an unwavering wisdom about it that invoked a comparison to Florence Welch. Their voices run smooth and rich like a red wine — it was almost wrong to not draw the parallels.

The song has alienlike sound evolutions accompanied by a dramatic drum build toward the end and empowered piano riffs that are sparsely placed. The voice is the fulcrum on which the song balances, and listeners are gripped from the onset. If only all covers reinvented the original this way.

GQ magazine predicted that their success would lead them to “stratospheric” levels in 2014, and I also believe this is their time. If you want an artist to watch, it’s London Grammar, and if you want a single to inspire your lust, it’s their cover of “Nightcall.”

London Grammar is not a new band, but this is their year (I hope). They are up for a breakthrough award this year at the Brit Awards. Check out their music video for the track below — it’s as spooky as the song itself. Don’t forget to share your thoughts in the comments below, and let’s see if we can help get them that win.