One of music’s biggest stars won’t be seen at the 2014 Grammy Awards. Where is Miley Cyrus? 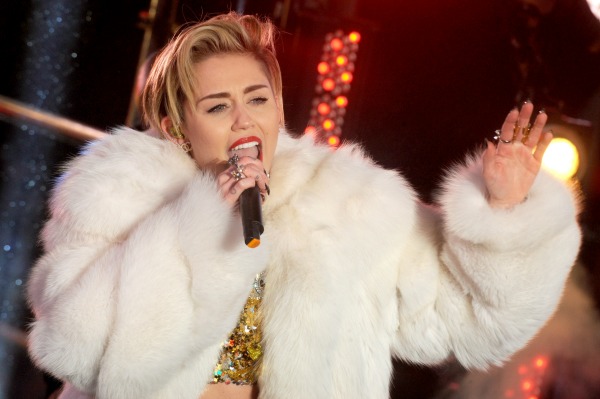 Fans of Miley Cyrus shouldn’t look for her on the red carpet at the Grammy Awards on Sunday. It appears the singer has more important things to do… like cleaning her closet?

According to Twitter, that’s exactly what the 21-year-old singer is up to this awards-show day. She started letting her followers know what she was doing this lazy weekend day around 11 a.m. PST.

Did Taylor Swift almost pull a Kanye on Daft Punk at the Grammys? >>

It’s not like Cyrus wasn’t participating in any Grammy Awards activities. She did sing at Saturday night’s pre-Grammy celebration, which was thrown by legendary music executive Clive Davis. She even shared photos of the evening, not only with her family but with singer Kelis.

Don’t worry, though — music will still be a part of her day, despite her Grammy Awards absence.

In the midst of Miley’s housecleaning, fans are also learning important things about 2013’s biggest headliner. It sounds like her makeup supplies need replenishing.

While it’s too bad that viewers won’t see Cyrus on the red carpet, she’s clearly making good use of her day off. Although we have to say, it’s a little strange to think that the pop singer wasn’t asked to perform or present during tonight’s festivities.

Are you surprised Miley Cyrus is spending Grammy Awards Sunday at home?