The 56th Annual Grammy Awards are upon us! Gather round your TVs and get ready for a night full of stellar performances, awkward caught-on-camera moments and, most likely, drama. Here are the nominees we think have awards in the bag. 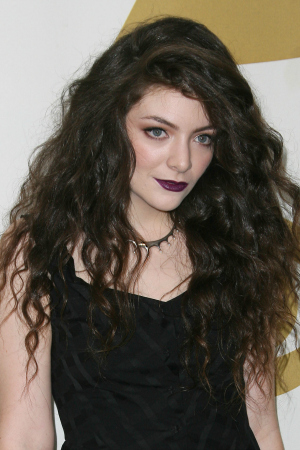 Record of the Year

“Locked Out of Heaven” — Bruno Mars

Sure, Daft Punk and Pharrell Williams had a megahit on their hands with “Get Lucky.” But Lorde’s clever little earworm of an anti-consumption anthem is still getting tons of airplay.

Though Kendrick Lamar has been getting a ton of buzz, it doesn’t seem likely the Grammys are going to give Album of the Year to a rap album. That’s only happened twice in the show’s history: once to Lauryn Hill’s The Miseducation of Lauryn Hill and the other time to OutKast’s Speakerboxxx/The Love Below. T. Swizzle could pull out a win here (along with her trademark “Who? Me?” face), but we think Macklemore & Ryan Lewis are more likely to win for The Heist.

While we personally adore Macklemore & Ryan Lewis’ “Same Love,” with its message of tolerance and equality, we’re thinking Lorde’s “Royals” will take this category. However, if “Same Love” does pull out a win here, it’ll be the first “hip-hop” song in history to win Song of the Year.

This is a toughie! Kendrick Lamar has had a brilliant year and, in our minds, kind of merits the “new” artist nod more than some of the other nominees. Country crooner Kacey Musgraves is an industry darling who is finally being commercially recognized, and solo female artists have historically walked away with, like, half of the awards in this category. However, since Macklemore & Ryan Lewis made the cut, they’ll take it.

P.S. Why the hell isn’t Lorde on this list?

Love Justin Timberlake, but seriously… this needs to be the last time he wins something for The 20/20 Experience. He’s gotta be running out of things to say during acceptance speeches by now, right?

The Next Day — David Bowie

What a throwback year — Bowie, Black Sabbath, Led Zeppelin and Neil Young? Wow. While we’d love to give the edge here to one of the ol’ boys of rock, we’re leaning more toward Queens of the Stone Age. …Like Clockwork is killer, and although Queens of the Stone Age may not be quite as veteran as the other nominees, they’ve been overlooked for too long. Still, watch out for Bowie — he may get the sentimental vote.

Love in the Future — John Legend

This category has two real contenders: Alicia Keys and John Legend. Girl on Fire and Love in the Future are both fantastic, but Keys has the edge here.

Nothing Was the Same — Drake

Best Rap Album is a real powerhouse category this year, and a solid case could be made in favor of any of these nominees. If Kanye West wins (which he’s probably betting on after being “snubbed” for Album of the Year), he’ll tie Eminem for five wins in this category. We don’t think it’s gonna happen, though. Kendrick Lamar may not win the other awards he’s up for, but he should prevail here. Be on the lookout for a meltdown of Kanye-ic proportions.

Based on a True Story — Blake Shelton

Can we call this one a toss-up? Kacey Musgraves should win for Same Trailer Different Park, particularly since her sound is undeniably country. But you know how awards shows love pop tart Taylor Swift! And Red really is a great album, y’all.