Mariah Carey and Nick Cannon are husband and wife turned co-authors. The couple’s latest project has them tackling a children’s story. 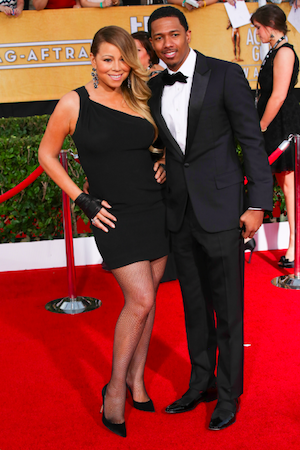 A couple that works together stays together — or at least that’s what we assume. Mariah Carey and husband Nick Cannon are joining forces for a new project. They’ve announced plans to pen a children’s book that will feature their twins, Monroe and Moroccan. It’s a real family affair.

The book will be called Roc and Roe’s Twelve Days of Christmas, and it hits the shelves this fall. It will be published through Scholastic, which released a statement (via E! Online) teasing the new project.

“The book follows Roc and Roe as they put their own unique spin on the Christmas carol,” the publisher said.

The Cannons added, “We are so excited to work with the Scholastic team on our Roc and Roe picture book and we can’t wait until this holiday season.”

While they’ll take on the story, Roc and Roe’s Twelve Days of Christmas will be illustrated by A.G. Ford.

This is the first book for both Carey and Cannon. Writing is just one of many talents these two have. Carey is an established singer and actress, while Cannon is no stranger to juggling multiple careers. He’s an actor, host, musician, executive and entrepreneur. To say they have extensive résumés would be an understatement.

And in case you had any doubts about their book, Ken Geist, Vice President of Scholastic Press Picture Books, claims, “Roc and Roe’s Twelve Days of Christmas is the perfect book to read with your little ones — an adorable spin on a classic tale, sprinkled with humor and heart.”