Josh Lucas is experiencing trouble in paradise. His wife of less than two years has filed for divorce. 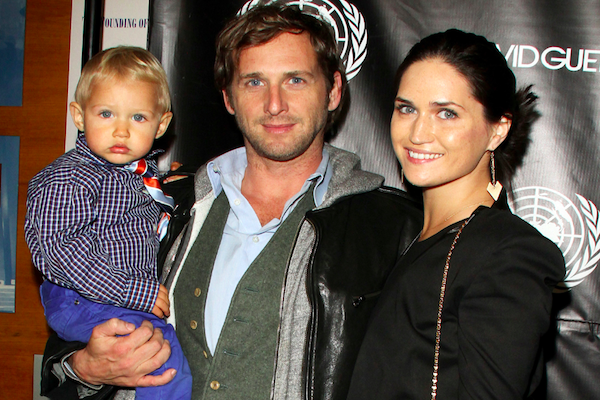 There must be something in the water because another short-lived Hollywood marriage is ending. This time, actor Josh Lucas and writer Jessica Ciencin Henriquez are the ones splitting. Considering their fairy-tale meeting, their separation is a sad ending to a once promising story.

Captain & Tennille are divorcing after 39 years of marriage >>

According to People, Henriquez is the one who initiated the proceedings.

A source says, “She filed for divorce in New York this month.”

Aside from that, no reason was given for their parting of the ways. Henriquez and Lucas were married in March 2012 — and they welcomed a son, Noah Rev, in June 2012.

Katy Perry reveals the cure for a broken heart: An alcohol ban >>

From the very beginning, they had a whirlwind romance. It all started when they randomly met at a dog park in 2011. At the time, Henriquez had just been diagnosed with stage-one cervical cancer. Falling in love was the last thing on her mind, but there was an instant connection between her and Lucas.

Henriquez told The Huffington Post, “It was one of those weird, chance, classic New York meetings. I don’t believe in love at first sight at all, but lightning definitely struck. There was something there between both of us, and we were both kind of blown away.”

She disclosed her medical condition to Lucas after spending one day together. Instead of running in the opposite direction, he embraced her, and they were engaged six weeks later. The couple stuck together through her tumultuous treatment and the birth of their son. It’s a shame they couldn’t make it last.