Eva LaRue will soon be on the market again. Earlier this month, the actress’s husband officially filed for divorce. 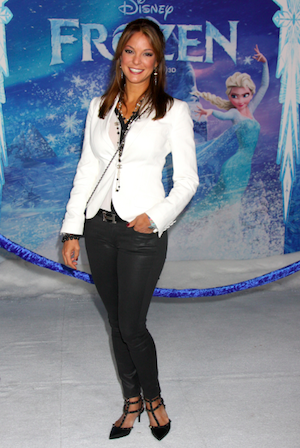 Former CSI: Miami star Eva LaRue is heading to divorce court. The actress’s husband, Joe Cappuccio, filed papers on Jan. 3 citing irreconcilable differences. According to People, he also requested that LaRue not be eligible for any spousal support.

Captain & Tennille are divorcing after 39 years of marriage >>

While LaRue is primarily known as a television actress, Cappuccio earned his keep as a seafood businessman. The couple’s been married for a little over three years. There was no official separation date listed on the divorce papers.

Hilary Duff splits with Mike Comrie: “He never did anything!” >>

In 2008, LaRue briefly spoke to People about her and Cappuccio’s relationship, saying, “I told him, ‘I’m looking for a long-term companion, but I don’t see the sense in getting married again. But within a month or two, we were both on the wedding train.”

LaRue had good reasons to be cautious. This marks her third marriage and her third divorce. She was previously married to actors John O’Hurley and John Callahan. She and O’Hurley were together for two years (1992-1994) before she wed Callahan in 1996. In 2001, LaRue and Callahan had one daughter, Kaya. They divorced in 2004.

In June 2010, LaRue and Cappuccio were married on a beach in Mexico.

LaRue is a beautiful and talented actress with a lot to offer. We’re sure she’ll bounce back from this difficult time.