Shakira may be one of the most important singers from South America, but she’s had a whole new challenge on her hands with motherhood. 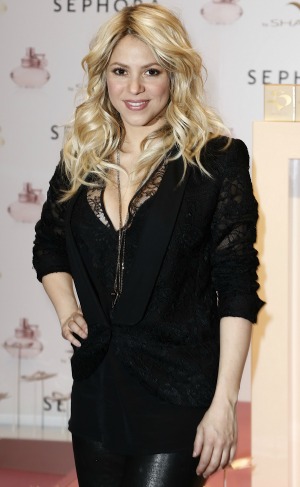 Shakira has been a mom for only a year but has already realized how significantly her life has changed. The singer gave birth to son Milan on Jan. 22, 2013, and has become a completely different person.

“Everything is different,” Shakira told People.

Milan is the son of Shakira and her boyfriend, Gerard Piqué. Shakira said her life and career have slowed down significantly since her son’s birth.

“Maybe the biggest change is that I think about the future more, what the world will be like for him when he grows up. But when it comes to living, it’s all about the present,” the 36-year-old explained. “I’m finally able to really savor all of those little moments that, in the early days of my career, I was too busy thinking about the next thing to just stop, take it all in, and enjoy.”

Even with the change of lifestyle, Shakira is still working on her career. The Target edition of her album, which will be on store shelves on March 25, features three extra tracks. The Latina beauty shows off her always-hot body, as well as a red guitar, on the cover.

“Luckily, since my last album I’ve entered one of the happiest phases of my life,” she said. “It was definitely a time of change, of rebirth, of self-discovery — and of course, becoming a mother, which turned my world on its head in the best of ways.”

Shakira will be making an appearance at the Grammys — as long as you’re watching from home. She will be featured in a Target commercial that will be aired during the awards show.

The singer’s new outlook as a mother has affected her career, but entirely for the better.

“I’m always trying to challenge myself. I think it’s important to be content with your achievements but never complacent,” she said. “I’m always looking for that song I still haven’t written, new sounds — music has infinite possibilities, more than I can explore in a lifetime. I’m grateful to still be as passionate about doing what I do.”