Megan and Liz stopped by the SheKnows studio to perform two acoustic songs — their original, “All Alright,” and a never-before-seen rendition of Florida Georgia Line’s song “Stay.”

Here are the three things you really need to know about Megan and Liz: they’re gorgeous, extremely talented and wise beyond their years.

I’ve been a fan of Megan and Liz since they first hit the music scene — what’s not to like? They’re adorable twins with flawless makeup, trendy style and a set of pipes I only pretend to have when I’m jammin’ in the car. They’re basically music’s version of Mary Kate and Ash (FYI: in my mind, the Olsen twins and I are on a nickname basis… just let it happen, OK?).

But when the two YouTube sensations dropped by the SheKnows studio to perform their original song “All Alright” and a never-before-seen rendition of Florida Georgia Line’s “Stay,” they surpassed all of my expectations. Hearing them sing in person was incredible. Their voices were mesmerizing, they never missed a beat and their love and passion for music could be felt by everyone in the room. Even watching the performances again sends chills up and down my spine.

Words really aren’t needed to describe Megan and Liz. Just watch them do what they love to do and you’ll see why they’re taking the music world by storm. 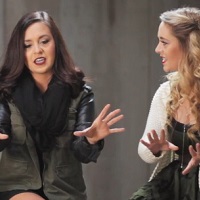 Get all the deets on their new album now! 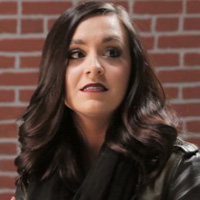 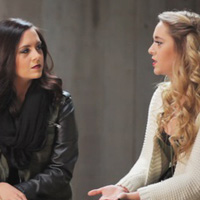