Chilli from the girl group, TLC, did a Twitter takeover with SheKnows, and we have her answer roundup for you below. 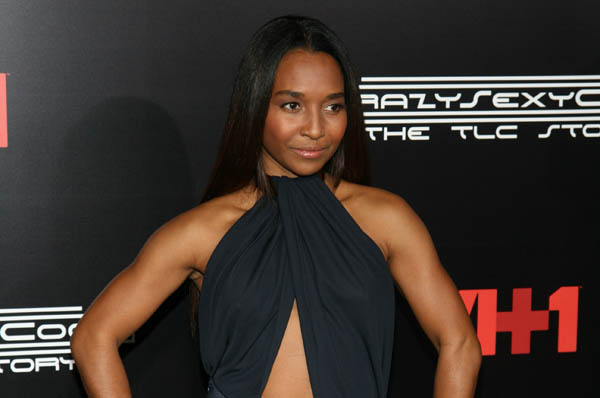 TLC’s Rozonda “Chilli” Thomas hung out with SheKnows this Friday on Twitter and answered all kinds of questions live for her fans.

The singer, who’s enjoyed an enormous career as part of the popular group TLC, is now a big part of today’s music industry while her group celebrates over 20 years of making music. The trio is back and better than ever with this fall’s compilation album 20.

Chilli has won four Grammy Awards for her work with TLC and has enjoyed a solo career as well. She’s also done acting stints, making numerous guest appearances on shows such as That ’70s Show, Strong Medicine and Living Single.

Additionally, TLC also had a movie made about the group titled CrazySexyCool: The TLC Story, in which Chilli is portrayed by actress Keke Palmer.

Chilli is also widely known for her work with PETA, where she mainly defends circus animals. She posed for an ad recently in which she’s body-painted like a tiger inside a cage with the headline “Beaten, lonely, and abused: Boycott the circus.”

Since she began her singing career, Chilli has had many accomplishments, including becoming a mommy. So when asked if she wanted more kids, the 42-year-old beauty responded with a resounding yes.

Other subjects she answered questions to include whether there will be a DVD made of TLC’s movie, what she uses on her hair and how to deal with fake friends.

For those and many more answers, read on below to check out Chilli’s tweets!