Next year, Fox will release a new and improved Fantastic Four. The superhero team will have a vastly different look and story. Will die-hard fans accept it?

Related story Fantastic Four: 11 Obvious mistakes they made in the movie 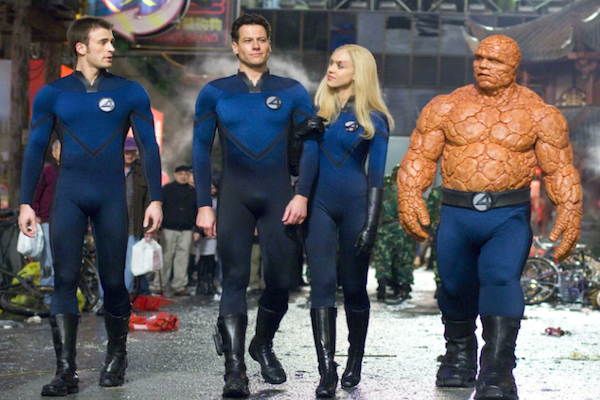 The Fantastic Four‘s makeover may be bigger than we thought. Over the past few weeks there have been hints that Fox is moving it in a drastically different direction than its predecessor. The story line featured in the 2005 film could be a distant memory.

Is Game of Thrones star up for a role in Fantastic Four? >>

Ain’t It Cool News recently published a brief synopsis that’s being used for auditioning actors. Thus far, the names attached to the reboot include Game of Thrones‘ Kit Harington and Richard Madden as well as Kate Mara and Saoirse Ronan. If you’re a fan of the Fantastic Four comic, you know none of these actors resemble the characters. We assume there’s a reason for that.

Miles Teller in the running for Fantastic Four? >>

Most people are shocked by the casting possibilities because they don’t compare to the source material. But Fox and director Josh Trank might not do a direct adaptation. Here’s the plot description that’s currently floating around.

The Fantastic Four will tell the story of two very young friends, Reed Richards and Ben Grimm. After an event transforms the boys, they find themselves empowered with bizarre new abilities. Reed becomes a scientific genius who can stretch, twist and re-shape his body to inhuman proportions. Ben becomes a monstrous, craggy humanoid with orange, rock-like skin and super strength. However, the two end up being owned by the government and used as weapons. But after they mature, two others with powers come into the picture – Sue Storm “The Invisible Girl” and Johnny Storm “The Human Torch.”

To be fair, this may be a fake-out on the studio’s part. When they send sides to actors they don’t always give them the full story. When it comes to big-budget films, secrecy is key. That’s especially true for such a saturated market like the superhero genre. They have to make themselves stand out somehow.

What do you think of the revamped story?

52 mins ago
by Caroline Greelish