Khloé Kardashian’s pregnancy woes, which tugged at the heartstrings of viewers for years, were fake! The reality star’s sister explains what was really going on. 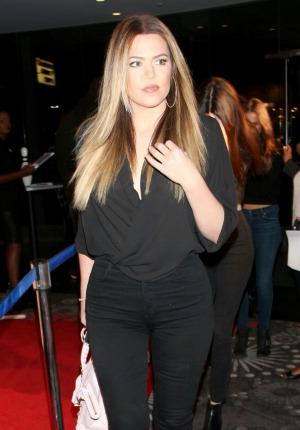 There’s more to Khloé Kardashian‘s struggle to get pregnant than a heartbreaking infertility battle. Turns out the reality star, who recently filed for divorce from husband Lamar Odom, wasn’t really trying to have his baby.

“For so long, everyone in our family was feeling really sad for Khloé, thinking that she wasn’t getting pregnant and everyone around her was,” Kim Kardashian, Khloé’s older sister, explained during an appearance on Jimmy Kimmel Live Thursday night.

“And the whole time, she wasn’t trying to and she was not showing up to these doctors’ appointments behind our backs on purpose.”

Khloé Kardashian and Lamar Odom put home on the market >>

Why would the 29-year-old, seen here at Game’s Robin Hood Project Charity Bowling Night on Jan. 20, deceive not only the reality-television loving public, but her own family?

Kim Kardashian went on to explain, “She knew it wasn’t right and she knew she wasn’t ready. So now we understand it and we understand her decisions, it’s very clear.”

Keeping Up With the Kardashians viewers likely recall, though, how Khloé had been open to talking about her infertility struggles with the media, and stated she’d been trying to conceive “since I married Lamar.”

In June 2013 she told Redbook, “I was 26 when [the pregnancy rumors] started, and I admit, I didn’t know a lot about my body. It was hard for me to understand what was happening because my mom had six kids and Kourtney got pregnant quickly. People assume I’m desperate for a baby. And yes, I would love to have a baby. But I’m 28, and I’ve been married three and a half years. I love my life, but it doesn’t feel incomplete right now.

“It’s more about my hormones being off,” she added, sharing further about what fertility specialists supposedly told her.

“I was taking hormone shots to stabilize them, and you have to take those shots consistently and they have to be done by a doctor. You can do them yourself, but I couldn’t. And then after your cycle, you have to go to the doctor for ultrasounds and more testing. And if I’m in Miami and miss a treatment, I have to start all over again. It’s a commitment, and I don’t mind doing it, but the timing was just off.”

In hindsight, there’s no way to know if Khloé Kardashian was telling the truth about undergoing those treatments or not.

Khloé Kardashian’s faked pregnancy drama: Too far, or understandable in your book?