There’s some tension on the Fifty Shades of Grey set and it’s not sexual. The film’s creative team isn’t seeing eye-to-eye. 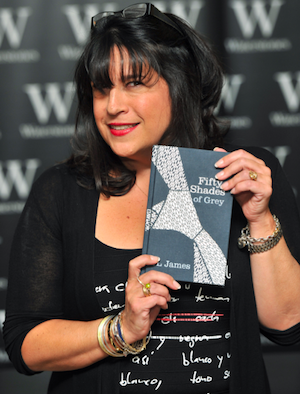 Production on the film adaptation of Fifty Shades of Grey is still underway. While stars Dakota Johnson and Jamie Dornan are two peas in a pod, their bosses may be at war. According to E! News, director Sam Taylor-Johnson and book author E L James aren’t on the same page.

“Sam is getting annoyed about the way the script is being handled,” says a source. “E L James wants the movie to match the book exactly, but Sam has a different perspective. Sam is reminding E L she writes books and she makes movies. This has caused some tension between the two of them.”

Oh boy, this is a tale as old as time. Whenever a work is adapted there’s always some kind of disagreement. But the opposing parties usually find a compromise that benefits both. Hopefully, these two are able to put their issues aside and focus on what’s good for the film.

Meanwhile, Johnson and Dornan have a budding friendship. The source continues, “Jamie Dornan is really protective over Dakota. She is very friendly and talks to everyone [crew, security, etc.] Jamie stays to himself and does not talk much. Jamie thinks Dakota gets really distracted, because she is so nice to people and so he will walk over to who she is talking to and try and end the conversation. He is nice about it, but he does ask them to leave her alone.”

It’s nice to know someone’s getting along.