Mary J. Blige was dealt some shocking news on Thursday morning! Her father is currently in critical condition after being stabbed by his ex-lover. 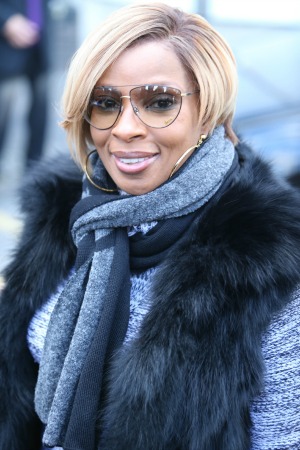 Poor Mary J. Blige! The “Grown Woman” songstress has been dealt a shocking blow — her father Thomas Blige is fighting for his life in the hospital after being stabbed by his ex-girlfriend!

The 63-year-old man is believed to be in critical condition and is being treated at Bronson Methodist Hospital in Kalamazoo, Michigan, after undergoing emergency surgery for serious injuries. He was stabbed three times, and his injuries included a blow to his neck.

Melodies by MJB: Sunglasses for every woman >>

So what was it that provoked this vicious attack? The altercation took place between the former lovers at Thomas’ home at Arbors of Battle Creek on Thursday morning.

According to the Battle Creek Enquirer, police were called to the scene at 6:58 a.m., where they uncovered blood in the snow before finding the victim along with the knife that is believed to have been used in the attack in the apartment.

Detective Sgt. Jim Martens told the Battle Creek Enquirer that the incident reportedly happened after “The One” hit maker’s father saw his ex-lover letting the air out of his car’s tires. Angered by what he saw, he went to confront the 50-year-old woman and this is when she stabbed him before fleeing back to her apartment.

The attacker was arrested and treated for a cut. She reportedly has been charged with “assault with intent to murder” and is due to appear in Calhoun County District Court in Michigan on Friday.

We hope Blige’s father makes a full recovery soon and our thoughts are with the singer and her family during this trying time.