Aaron Eckhart has gone to questionable lengths to prepare for his film roles, including deceiving a group of real-life grieving parents. Did he take it too far? 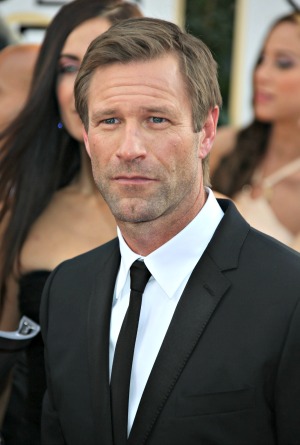 Aaron Eckhart has come clean about the lies he told while researching his role in the 2010 drama Rabbit Hole. During a recent interview with Howard Stern, the actor opened up about the time he pretended to have lost a child.

The actor explained to Stern that he had attended support group meetings for grieving parents before filming began to understand his role opposite Nicole Kidman. Eckhart — who has never had any real-life children — admitted he got carried away when it was his turn to speak at the meeting and felt very “rude” afterward.

Eckhart said, “It’s rude. It’s very sensitive to go in there, of course it is. I did the research. The gathering is very quiet. There’s 10 people, couples. [Their children had passed away] very recently, it’s fresh. You’re sitting in sort of a circle. Then one person goes, then two, three, then it gets to me. And by that point you’re just so flushed that you just start going and giving the details of the story.”

Eckhart elaborated on how he lied about suffering a loss of his own, saying, “Oh yeah, 100 percent, I lost it. You really believe that you just lost a child. You are as close to reality in that sense as possible. I don’t want to be rude to people who have lost a child, but yeah, you feel right there, you feel like your character.”

When asked if co-star Nicole Kidman, who is the real-life mother of four, joined him in the therapy group, Eckhart joked, “No, she was in the Bahamas or somewhere.”

There are plenty of people who aren’t laughing in reaction to learning of the actor’s research techniques, however.

“Scumbag move,” one person on Twitter characterized the approach, while another shared, “As some1 who’s lost a child, [he’s] a piece of s***.”

What do you think of Aaron Eckhart lying to actual grieving parents for a role?