Scarlett Johansson is endorsing a product for Super Bowl Sunday, but may have instead become the face of a company facing major controversy. 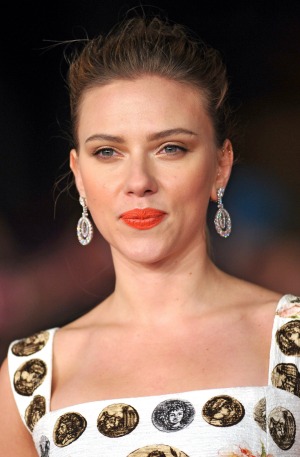 Scarlett Johansson has signed on as a Global Brand Ambassador for SodaStream, and has found herself right in the middle of controversy surrounding the company.

SodaStream is an Israeli company that has three factories in the West Bank. According to the Daily Mail, the company is being accused of using Palestinian residents as their employees and taking advantage of them due to their limited employment options.

Recently-engaged Johansson will make her debut as the face of SodaStream on the biggest commercial day of the year — Super Bowl Sunday.

“My favorite thing about SodaStream is that I don’t feel guilty when I enjoy beverages at home,” Johansson said during a behind-the-scenes video shot during the filming of her commercial. “I don’t feel I’m being wasteful.”

A Jewish daily newspaper in the U.S., The Forward, said SodaStream “does exploit the commercial benefits of (the factory’s) location, essentially profiting from occupation.” With Johansson’s face, it is bringing light to the conditions surrounding the workers, and causing consumers and stores to join the boycott.

It looks like the controversy may go deeper than workers’ rights, though. NPR reports the controversy also surrounds the very land the SodaStream factory sits on in Ma’ale Adumim outside Jerusalem because it is land Palestinians are wanting for their future state.

“Your dimes are funding war crimes, and it’s about time that shoppers take a stand, SodaStream,” demonstrators sang in a clip recorded by NPR.

“All of the work in this factory is actually benefiting from exploiting Palestinian workers as cheap labor and Palestinian land for the establishment of the factory, and enjoys benefits and funding from the Israeli government,” said Rona Moran with the Coalition of Women for Peace, an organization based in Tel Aviv.

“It’s a product that I stand by, that I use, that I believe in,” Johansson said while shooting the commercial.

NPR said SodaStream is attempting to steer clear of the controversy. Johansson hasn’t yet commented on the boycott. But SodaStream appears to be looking forward to Feb. 2 when their ad featuring the actress will first appear.

What do you think of the controversy surrounding Scarlett Johansson and the SodaStream Super Bowl commercial?