It was a hot night on one late-night talk show. On Wednesday, Melissa Gilbert talked a lot of gossip to Andy Cohen on Watch What Happens Live. 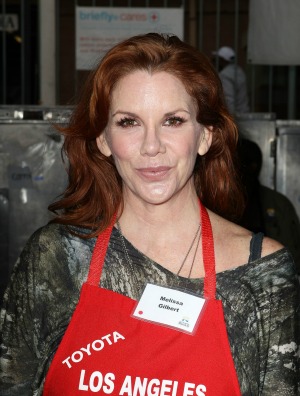 Melissa Gilbert didn’t pull any punches on Wednesday night’s episode of Watch What Happens Live with Andy Cohen on Bravo TV. In fact, she gossiped about her former co-stars and flames in this dishy episode.

When talking about ex-boyfriend Scott Baio, she called him a “6 or 7” on the a**h**e scale. She also chatted about what former fiancé Rob Lowe had to say about her 2010 autobiography, Prairie Tale.

The former Little House on the Prairie star also revealed that she dated a very famous actor before he got his big break in Hollywood, Tom Cruise. She explained his humble beginnings, “When I dated him, he was Tom Mapother still. He had just moved to Los Angeles. I did not have sex with him. We made out, but honestly, there was no sex.He was a struggling actor and I was working, I actually bought him his first set of dishes.”

As for some of her female contemporaries, she was less kind. She never got along with her Prairie co-star Melissa Sue Anderson. Gilbert claimed that Anderson was “hateful, horrid, mean, terrible, mean, difficult — she hated me. She knocked me off the wagon when I was nine.”

Shannen Doherty also better watch out because the 49-year-old star has it in for her, too. Her first husband, Bo Brinkman, had a one-night affair with the former 90210 star while he was married. Gilbert mentioned if she saw Doherty on the street, she “would just punch her in the nose.”

Believe it or not, Gilbert was on the late-night talk show to promote the release of her new children’s book, Daisy and Josephine.