Justin Bieber may have been all smiles for his mug shot, but reality set in when the pop star had to face the judge in court for his DUI arrest. 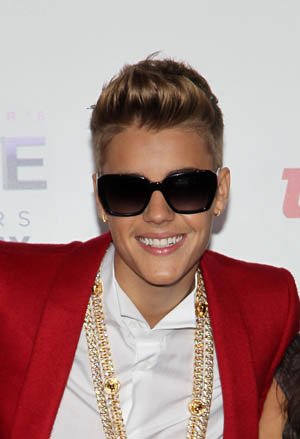 It’s been a long time coming, but Justin Bieber was finally caught for his lawbreaking behavior and arrested for driving under the influence. While the pop prince was smiling wide for his mug shot, he was much more solemn as he appeared in front of a judge in court.

A video has been released that shows Bieber in a Miami court the day after he was arrested for drag racing and driving drunk, nervously facing the judge as he reads his charges.

The 19-year-old Canadian singer appears serious and very solemn, wearing the standard orange jail attire as he looks from side to side while the judge and attorney exchange words.

“Resisting without violence and driving with an expired license,” the judge began, and after some more exchanges he addressed the other charges and bonds, including the one for Bieber’s DUI.

As is now widely known, Bieber was arrested early Thursday morning in Miami Beach after he was caught drag racing. During the stop, cops realized that Bieber was under the influence of alcohol and possibly drugs.

Bieber admitted during the DUI investigation that he had consumed alcohol, smoked weed and taken some unnamed prescription medication prior to getting in the Lamborghini he was driving when pulled over.

In addition, Bieber is also in trouble for allegedly egging his neighbor’s house last week and causing thousands of dollars in damage. Police raided his home in search of evidence of the egg attack and arrested Bieber’s friend, Lil Za, for cocaine possession.

Watch Bieber in court in the video below: 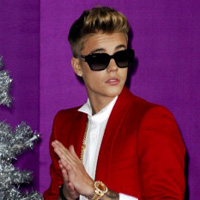 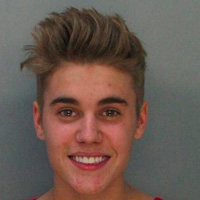 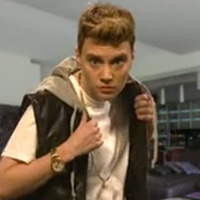